Please ensure Javascript is enabled for purposes of website accessibility
Log In Help Join The Motley Fool
Free Article Join Over 1 Million Premium Members And Get More In-Depth Stock Guidance and Research
By Keith Noonan – Sep 2, 2020 at 11:23AM

Bumble is the second-most used subscription dating app in the U.S., trailing only Match Group's Tinder.

Bumble is preparing for an initial public offering (IPO) next year, according to a report from Bloomberg News. The report suggests that the company is considering pricing shares in a range that would value the company at between $6 billion and $8 billion.

The key feature of the Bumble app is that it requires women to send the first message to potential romantic partners. This differentiating factor has helped the service carve out a sizable and highly engaged user base in the dating-app market and company could wind up being one of next year's hottest IPOs. 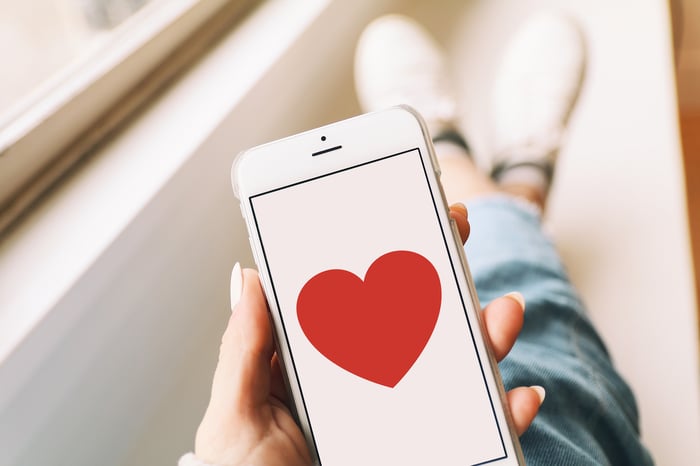 A successful IPO in the suggested range would immediately make Bumble the second-most valuable online dating company in the U.S., trailing only Match Group (MTCH 0.86%). The timing of Bumble's potential public offering has not been finalized, and the company has not confirmed that it plans to go public.

In addition to its namesake app, the Bumble family also houses dating apps including Badoo, Lumen, and Chappy. Blackstone Group completed a private deal to buy a majority stake in Bumble (then known as MagicLab) that valued the company at $3 billion last November. The report suggesting the company could be taken public valued at more than twice that amount reflects both strong performance for the company's apps and a favorable outlook for dating services.

The online dating market has never been hotter. The strong performance for Match stock and the broader software services industry could be motivating factors behind a move to take Bumble public. Match Group hit the market with its own IPO in November 2015, valuing the company at roughly $2.9 billion. Today, the dating-app leader is valued at roughly $29.5 billion.

Should You Buy This Stock Near Its 52-Week Low?

Match Group Is Down 58%. Should Investors Finally Swipe Right?