Some investors were cashing in on recent gains.

Shares of Shopify (SHOP 1.09%) slid on Wednesday, one day after they reached a record high of $1,134.32. It's likely that some investors were cashing in on the stock's recent gains.

The e-commerce platform company's stock was down by as much as 6.3% today and closed lower by 5.3%.

Shopify's share price has risen 170% this year as the company has benefited from increased e-commerce demand. As the coronavirus pandemic forced people to stay at home over the past several months, online retail sales have spiked. In the fourth quarter of 2019, e-commerce accounted for 11% of U.S. retail sales, but by the second quarter of 2020, that figure had reached 16%. 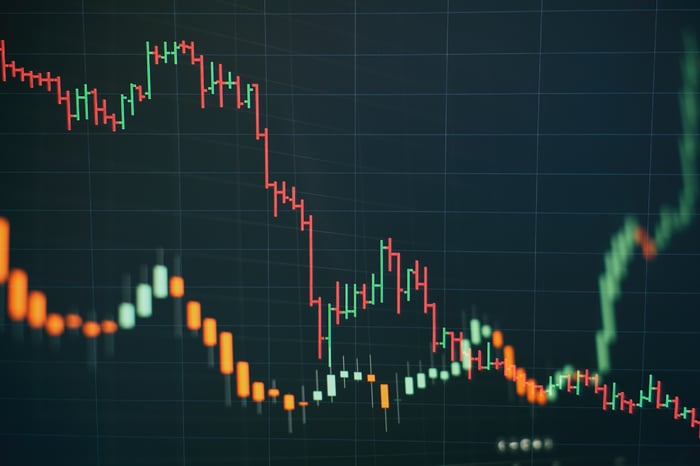 The demand for online sales pushed Shopify's revenue up in the most recent quarter, and its stock has risen right along with it.

Additionally, just yesterday, the shares jumped 6.4% on news that Walmart would roll out a new subscription service called Walmart+. Shopify could benefit from the new service after the two companies struck up a partnership in June that allows some of Shopify's merchants to sell products on Walmart's website. But today's slide reversed most of the gains on Tuesday.

Investors shouldn't think too much of Shopify's drop today. The company is still a leader in the e-commerce platform space, and with online sales still representing a fraction of all retail sales, it's likely that Shopify still has a lot more room to grow.