Little has stopped the stock market's run higher in recent weeks, and now, the breadth of the rally has started to get much wider. In the past, the Dow Jones Industrial Average (^DJI) seemed to miss out on all the positive action.

The COVID-19 pandemic has been a tough time for movie theater companies, but AMC Entertainment Holdings (AMC) is doing everything it can to get back on track with its showings. Meanwhile, another privately held business took advantage of special purpose acquisition companies Wednesday morning, as mobile video gaming company Skillz turned to Flying Eagle Acquisition (FEAC) to come public using the SPAC route.

Going all-in on a new movie

Shares of AMC Entertainment Holdings were higher by 11% Wednesday morning, after opening considerably higher. Investors are optimistic that a move to take advantage of a hot new movie premiere could be what AMC needs to get back on track. 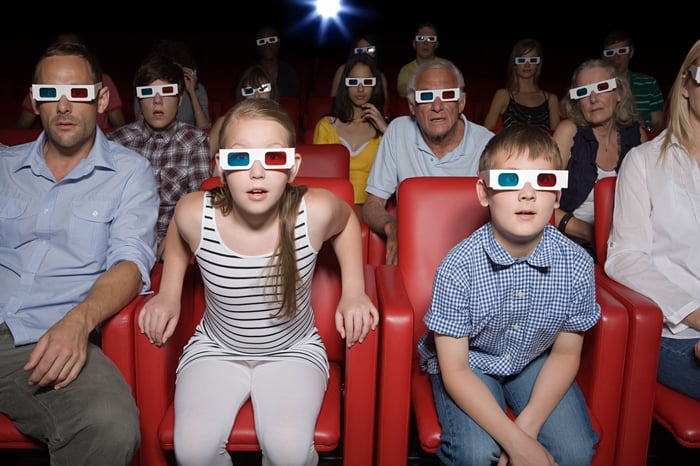 The new movie Tenet is slated for release this weekend, and AMC has decided to open dozens of theaters in advance of the premiere. That'll bring AMC up to around 70% of its capacity, as more states in the U.S. continue to advance toward returning toward normal operations, even amid the ongoing pandemic.

Investors shouldn't raise their expectations too high about the box-office numbers. In most locations, AMC will have to keep a large number of seats empty in order to comply with local health and safety codes with respect to social distancing. However, AMC is hopeful that Tenet will play longer, especially as much of Hollywood remains on hold in hopes that a return to full theaters will be possible soon.

Today's gains brought AMC stock to its best levels since before the pandemic. Tenet won't solve AMC's problems in fighting back against video streaming service competition, but it could be a nice change of pace from the bad news that's hit the movie industry so hard in 2020.

Elsewhere, shares of Flying Eagle Acquisition climbed 20%. The SPAC found an acquisition partner, and investors like the prospects for the combination.

Skillz is a leading mobile games platform, providing the backbone for tournament play for thousands of video game developers across the globe. In particular, the company is trying to capitalize on the rising esports trend, with hopes to play a bigger role in the fast-growing industry as it develops.

The terms of the deal value Skillz at $3.5 billion, with numerous institutional investors joining Flying Eagle shareholders in providing financing for the deal. Skillz shareholders will have the option to receive some cash in exchange for their shares, but the companies expect that Skillz will retain about $250 million in cash to help with growth and marketing initiatives.

Video game stocks have fared well during the pandemic, as game players with time on their hands have ramped up their play. Flying Eagle shareholders seem happy with the choice, and it'll be interesting to see what happens as the deal moves forward.

AMC Gets More Theaters, But This Little-Known Stock Stole the Show Today
413%