The endpoint cybersecurity specialist has been crushing the market and recently reported earnings.

Shares of CrowdStrike (CRWD -0.54%) rose 11.1% in August, according to data from S&P Global Market Intelligence. The stock lagged the broader market early in the month as concerns about its valuation affected trading, but it benefited from favorable analyst coverage and tech sector momentum, and went on to record double-digit gains in the period. 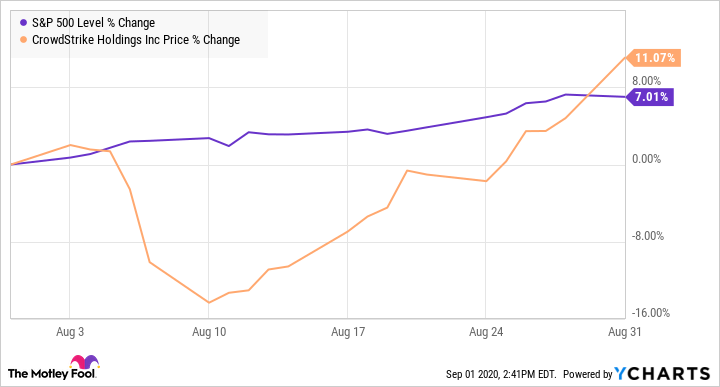 The cybersecurity company's share price had already seen year-to-date gains of 127% heading into August's trading, and the sell-offs that occurred early in the month likely had more to do with concerns that the valuation had become a bit stretched than any indications about the business's outlook. The pullback didn't last long, however. 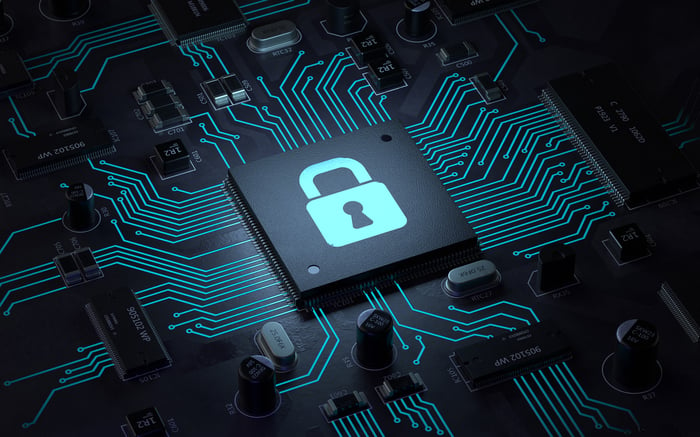 CrowdStrike has thrived this year amid conditions created by the coronavirus pandemic. The business provides cloud-based cybersecurity software that helps prevent hardware including computers, mobile devices, and servers from being exploited as weak points for breaching networks. Demand for the company's services was already rising prior to the impact of COVID-19, but the businesses, schools, and other organizations shifting to remote operations have bolstered the company's growth outlook.

Analyst coverage on CrowdStrike stock continued to be largely positive last month. UBS initiated coverage on the stock with a "buy" rating on Aug. 14, and Mizuho's Gregg Moskowitz published a note on Aug. 15 that raised the firm's one-year price target on the stock from $115 to $120. JMP Securities analyst Erik Suppiger then published a note on CrowdStrike on Aug. 25, hiking his price target on the stock from $110 to $130.

Bullish sentiment from analysts and momentum for the tech sector helped elevate the stock, and CrowdStrike closed out the month at a new all-time high.

CrowdStrike stock continued to climb in the lead up to its earnings report on Sep. 2. Shares rose roughly 8% in the month's first two days of trading. 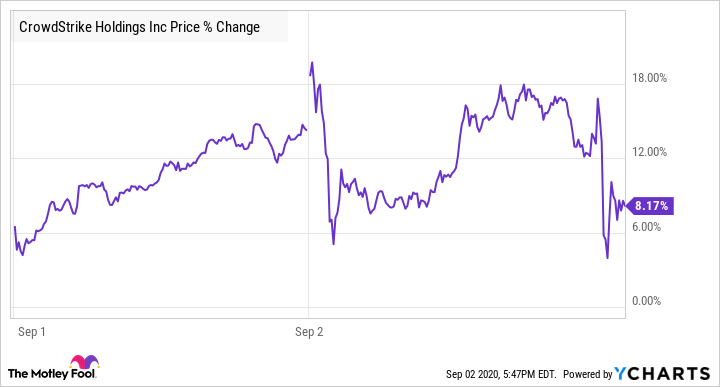 CrowdStrike's second quarter report delivered another helping of strong growth. Sales rose 84% year over year in the period to reach $199 million, and the company added 969 net new subscription customers to bring its count to 7,230 at the end of the quarter. The company posted non-GAAP (adjusted) earnings per share of $0.03 in the quarter, up from a per-share loss of $0.18 in the prior-year quarter. The average analyst estimate had called for an adjusted loss of $0.01 per share on sales of $188.56 million.

The company is guiding for third quarter adjusted earnings to come in between the break-even point and a loss of $0.01 per share. Sales for the current quarter are projected to be between $210.6 million and $215 million.

Annual revenue is projected to come in between $809.1 million and $826.7 million, and management is targeting adjusted earnings per share between $0.02 and $0.08 for the period.

CrowdStrike is now valued at roughly $29 billion and trades at 38 times this year's expected sales. The company's valuation is highly growth dependent, but demand for its services appears primed for substantial long-term growth, and the business's impressive gross margins suggests it could shift to posting substantial profits.