Please ensure Javascript is enabled for purposes of website accessibility
Log In Help Join The Motley Fool
Free Article Join Over 1 Million Premium Members And Get More In-Depth Stock Guidance and Research
By Keith Noonan - Sep 2, 2020 at 8:40AM

The stock is still down roughly 33% this year after last month's surge.

Shares of Groupon (GRPN -4.47%) rose 107.4% in August, according to data from S&P Global Market Intelligence. The discounting marketplace stock soared after the company posted better-than-expected second-quarter results, and it continued to climb in conjunction with market momentum and favorable coverage from analysts. 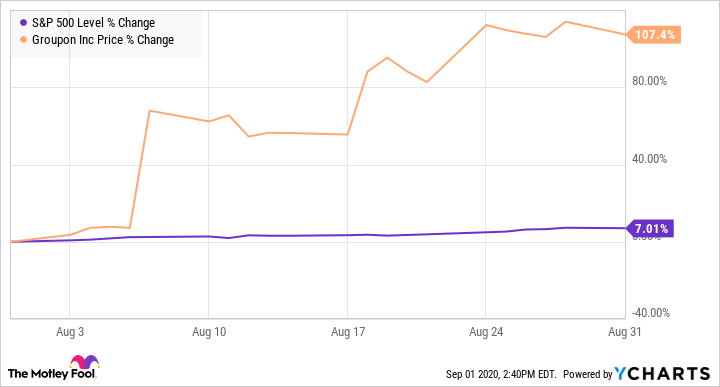 Groupon published second-quarter results after the market closed on Aug. 6, delivering numbers that crushed the market's targets. The company posted an adjusted loss per share of $0.93 on sales of $395.6 million, while the average analyst target had guided for a per-share loss of $2.75 on revenue of $183.3 million. 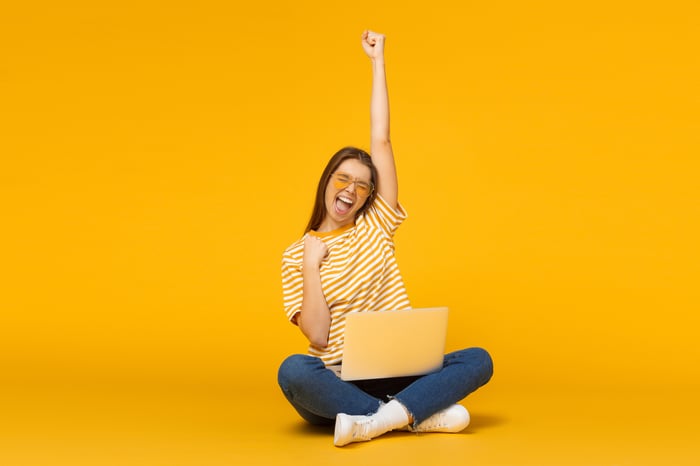 Groupon's adjusted loss per share of $0.93 in the quarter was significantly worse than the profit of $0.24 per share that the business posted in the prior-year quarter, but there were still encouraging signs of turnaround momentum at the business. The company's adjusted EBITDA for the period came in at $1.3 million, up from $46.5 million in the prior-year quarter and beating the market's expectation for a loss of roughly $44 million. Billings for the period were $583 million, beating the average analyst target for billings of $356 million.

Groupon is currently orchestrating a restructuring geared around reducing operating expenses. The company expects to achieve roughly $140 million in savings this year and $200 million next year through workforce reductions and other initiatives. Management projects that the restructuring will result in approximately $225 million in annualized fixed cost savings after being fully implemented. Groupon ended the second quarter with $785 million in cash.

The company has also shifted its growth strategy. Management is now focusing on expanding inventory, and is focused on expanding its offerings in key markets and experience categories. Groupon is also aiming to improve the quality and accessibility of its marketplace for merchants and customers, and it's currently rolling out Offers -- a new product category that will allow merchants to list always-available offerings with smaller pricing discounts. This will be a lower-margin inventory category for Groupon, but it's expected to strengthen its relationships with merchants and bring now partners on to its platform.

Groupon has a market capitalization of roughly $920 million and is valued at approximately 0.6 times this year's expected sales.