The telehealth and chronic disease specialist soared after a strong earnings report.

Shares of Ontrak (OTRK -3.16%) were surging last month after the telehealth services provider posted a blowout second-quarter earnings report and continued to ride a bullish trend in the telehealth industry, which has boomed during the pandemic. According to data from S&P Global Market Intelligence, the stock finished August up 91%.

As you can see from the chart below, much of the gains came early in the month following the earnings report, though the stock remained volatile through August. 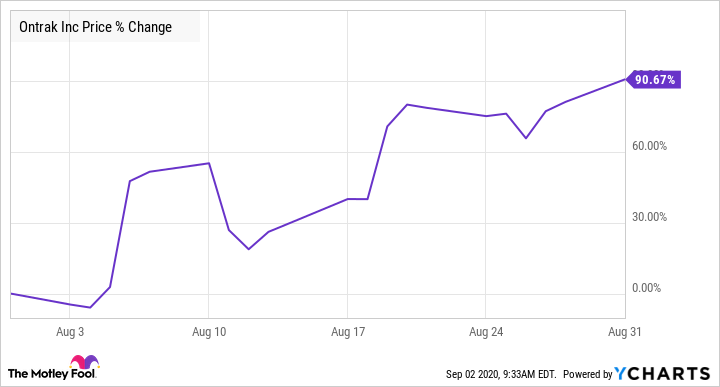 For the second quarter, Ontrak delivered revenue growth of 124% to $17.2 million, representing a 40% increase from first-quarter results. Enrolled members tripled to 11,989, and net new enrollment was up 309% to 3,389, showing new customers have swarmed the platform during the pandemic. On the bottom line, its adjusted loss per share expanded slightly from $0.23 to $0.24, though investors were clearly focused on the top-line growth. 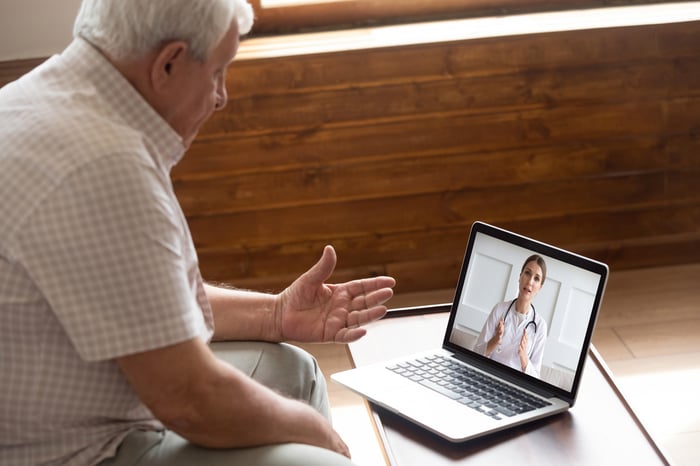 CEO Terren Peizer said, "Our strong performance from the beginning of this year continued to build momentum in the second quarter, resulting in another record quarter in terms of revenue and enrolled member growth. These record levels were achieved through expansion of our existing plans, and the national launch that we announced at the end of June will further accelerate our growth and strengthen our financial position." The stock finished the August 6 session up 44%.

Skyrocketing growth and trading momentum have driven Ontrak shares up more than 300% year to date, and the company reiterated its full-year revenue guidance of at least $90 million, or 156% growth, indicating that it expects growth to accelerate in the second half of the year. Considering its momentum and the potential opportunity in telehealth and chronic disease management, Ontrak could have more gains in front of it.

Why I'm Buying Shares of Ontrak and Unity Software
376%