Real-estate technology platform Redfin (RDFN -0.63%) reported earnings for the second quarter of 2020 on July 30, and results were strong enough to give the stock upward momentum in the weeks that followed. Shares were up 14.4% in August, according to data provided by S&P Global Market Intelligence.

In Q2, Redfin's revenue was only up 8% year over year, and it reported a net loss. However, both numbers were better than feared. The company employs real estate agents directly instead of having them work off of commissions. Because of this pay structure, Redfin had furloughed 36% of lead agents and laid off an additional 11% after customer inquiries suddenly plummeted 41% year over year due to the coronavirus.

This had cast a cloud over Redfin prior to the Q2 report. 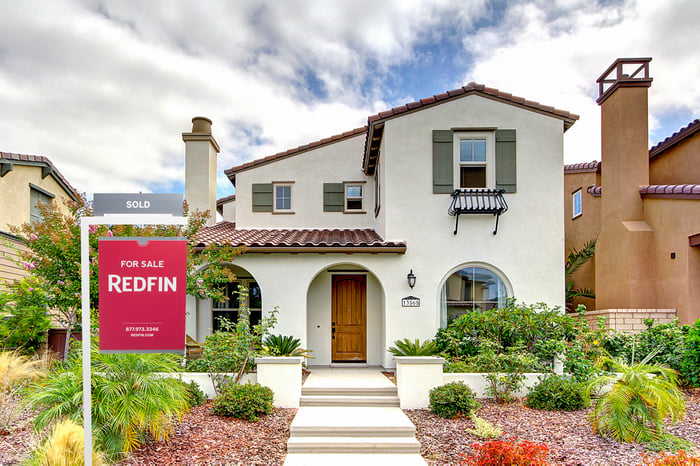 But as quickly as demand fell, it rebounded. By the end of June, demand hadn't just returned; it was up 40% year over year. This insane 81-point swing left Redfin understaffed. Some real estate deals were passed on to partners. Therefore, its revenue for Q2 likely could have been better, if it only had enough agents.

Redfin recalled all the workers it could, and is now on a hiring spree with home-buying trends once again in its favor. This was the confirmation investors needed to send the stock up in August.

Redfin issued third-quarter guidance when it reported Q2 results. The company expects revenue of $214 million to $225 million, which represents a year-over-year decrease of 6% to 10%. Net income, however, is expected to be up to $18 million-$23 million, compared to just $6.8 million last year.

Redfin's revenue guidance only includes $10 million to $14 million in Redfin Now revenue, recorded under its properties segment. In the third quarter of 2019, properties-segment revenue contributed $81 million. In other words, Redfin is forecasting significant growth in its core business in the coming quarter -- reason for long-term investors to remain optimistic in this mid-cap stock.

Why Redfin Stock Was Slipping Today
357%