The closing of an acquisition diluted the biotech's shareholders, but that's not the whole story.

Shares of Sorrento Therapeutics (SRNE 2.44%) were trading 5.5% lower as of 12:22 p.m. EDT on Wednesday. The morning's declines came after the company announced earlier that it had completed its acquisition of SmartPharm Therapeutics on Tuesday.

Investors have known about Sorrento's plans to acquire SmartPharm since July 24. Were they disappointed with the decision? Nope. The biotech stock soared by more than 150% over the next few weeks before giving up the gains. 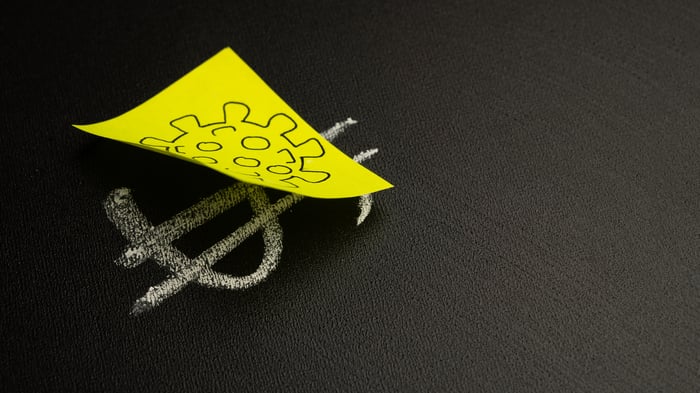 So why did Sorrento's shares sink Wednesday? Part of the reason relates to how it's paying for the acquisition. The company issued around 1.76 million new shares to give to SmartPharm stockholders to close the deal, which diluted the value of the previously existing shares.

But the number of new shares issued represents less than 1% of Sorrento's outstanding shares, so clearly, the closing of the SmartPharm deal wasn't the only driver of Wednesday's drop. It appears to be the continuation of a downward trend that began more than three weeks ago, stemming from the growing concerns among investors about Sorrento's prospects in the fast-moving COVID-19 therapeutics and vaccine markets.

Sorrento needs a clear win to turn things around -- and the FDA could hand it one or two in the not-too-distant future. The biotech is awaiting decisions from the regulator on an emergency use authorization for its COVI-TRACK novel coronavirus antibody test and on allowing it to initiate a phase 1 clinical study of its experimental antibody therapy, COVI-GUARD.