The high-yielding MLP continued to provide investors with good news.

Units of Delek Logistics Partners (DKL 1.24%) surged 13.3% in August, according to data from S&P Global Market Intelligence. Fueling the master limited partnership's rally was its solid second-quarter results and a transaction with its parent, refiner Delek US Holdings (DK 1.36%), to eliminate its costly management fees.

Delek Logistics Partners produced pretty solid second-quarter results. The energy company generated $57 million of distributable cash flow, up from $31.2 million in the year-ago period. That provided it with enough money to cover its distribution -- which currently yields 10.6% -- by a comfortable 1.58 times, exceeding its year-end target range of 1.4 to 1.5 times. Fueling that strong result was the contribution of new assets and its cost reduction efforts. 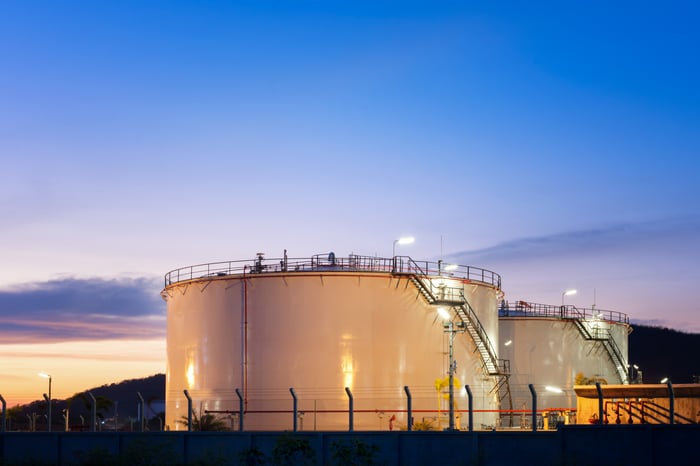 The MLP took another step to reduce costs last month by agreeing to a deal with its parent to eliminate its incentive distribution rights. In exchange, the refiner will receive 14 million units and $45 million in cash. That move will save the company money and reduce its cost of capital, which will give it more flexibility to finance expansion-related investments.

Delek Logistics Partners' strong showing during the second quarter gives it increasing confidence in its ability to continue growing the distribution. The MLP recently delivered its 29th consecutive quarterly increase and expects that trend to continue for the balance of the year, fueled by recent acquisitions and upcoming expansion project completions. Because of that, it's an intriguing stock for investors seeking yield these days.