Please ensure Javascript is enabled for purposes of website accessibility
Log In Help Join The Motley Fool
Free Article Join Over 1 Million Premium Members And Get More In-Depth Stock Guidance and Research
By Keith Noonan – Updated Sep 2, 2020 at 8:29AM

A big earnings beat pushed the stock to a record high.

Shares of Workday (WDAY -2.82%) rose 32.5% in August, according to data from S&P Global Market Intelligence. The enterprise software company's stock gained ground thanks to momentum for the broader market and also enjoyed a big late-month boost after the company reported better-than-expected second-quarter earnings. 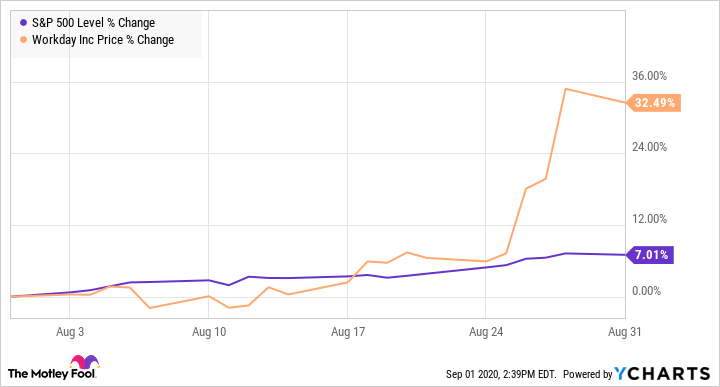 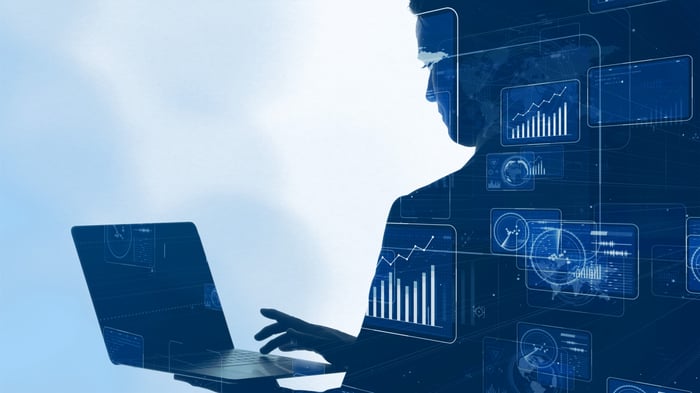 Workday's total revenue climbed 19.6% year over year in the second quarter, the business posted an adjusted operating margin of 24.3%, and adjusted earnings per share were up roughly 91% over the per-share profit of $0.44 posted in Q2 2019. Strong growth for subscription revenue powered the company's performance in the second quarter, with category sales climbing 23.1% year over year to reach $931.7 million.

Workday also paired its Q2 release with an announcement that the company had promoted Chano Fernandez from co-president to the role of co-CEO alongside Aneel Bhusri, who co-founded the company and was previously its sole CEO. Under the new governance structure, Bhusri will handle product, technologies, and corporate functions and Chano will focus on customer acquisition, services, and support.

Strong Q2 results and signs of an improving outlook prompted Workday to raise its guidance for the remainder of the year. The company now expects subscription revenue to come in between $3.73 billion and $3.74 billion, up from the target it issued for subscription revenue between $3.67 billion and $3.69 billion. The company also raised its full-year adjusted operating margin target to 18%, up from the previous target of 16%.

For the third quarter, management is guiding for subscription revenue to be between $948 million and $950 million, good for year-over-year growth of roughly 18.5% at the midpoint of the target.

Workday stock has risen about 47% year to date and is now valued at roughly 13.4 times this year's expected sales.