Please ensure Javascript is enabled for purposes of website accessibility
Log In Help Join The Motley Fool
Free Article Join Over 1 Million Premium Members And Get More In-Depth Stock Guidance and Research
By Keith Speights - Sep 3, 2020 at 6:08AM

Sure, Tesla stock has been on fire this year. But these three stocks could be bigger winners over the long run.

You can love or hate Tesla (TSLA -6.63%), but there's no denying the company is a game-changer. Electric cars have been around for close to 130 years. But Elon Musk shook up the auto industry's view of what electric cars could be with the launch of Tesla's first vehicle in 2008. Tesla stock has done quite a bit of shaking itself, with shares skyrocketing more than 440% this year.

Tesla isn't the only company blazing its own path ahead of rivals. Here are three game-changing stocks that are even better buys right now than Tesla. 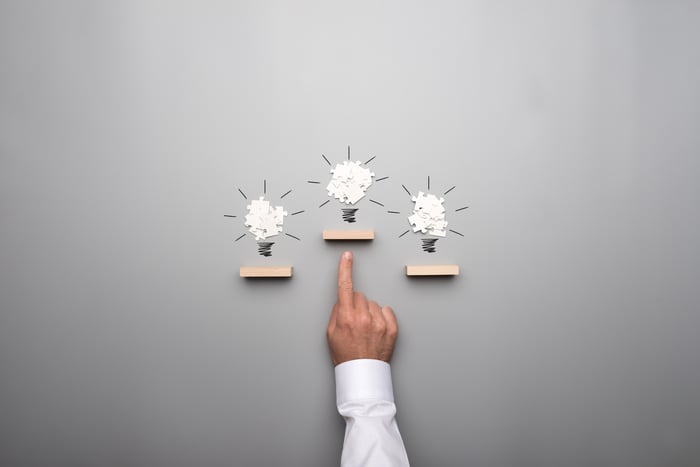 Tesla's products impact how people drive. Guardant Health's (GH 3.58%) products impact whether or not people are able to live. What are these products? Liquid biopsies that detect DNA fragments in the blood that have broken off from cancer cells.

Guardant Health launched Guardant360 in 2014 to help physicians determine the best treatment option for cancer patients. Sales for the product have soared over the last six years. In August, Guardant360 became the first product approved by the Food and Drug Administration that includes liquid biopsy and next-generation sequencing to assist with treatment decisions in cancer patients. This news suggests that momentum is likely to accelerate going forward.

In 2017, Guardant Health introduced its second liquid biopsy product. GuardantOMNI helps drugmakers improve their chances of success in clinical testing of experimental cancer drugs by screening patients and monitoring their responses to drugs.

While both Guardant360 and GuardantOMNI have been huge commercial successes, Guardant Health's biggest opportunity is with its Lunar liquid biopsy tests, which are currently being evaluated in clinical studies. Lunar-1 helps with cancer recurrence monitoring. Lunar-2 holds the potential to detect cancer at early stages. If approved, these two products could open up an addressable market of over $45 billion annually.

Livongo Health (LVGO) has been as big a winner for investors this year as Tesla, with the healthcare stock vaulting nearly 450% higher. Adoption of the company's digital health management platform has skyrocketed thanks in large part to the COVID-19 pandemic.

Individuals with chronic health conditions, such as diabetes and hypertension, benefit from Livongo's data-driven nudges to take actions that improve their health. The company's customers are the employers, health plans, and government agencies that save money as a result of the improved health outcomes.

Livongo's revenue jumped 125% year over year in the second quarter. This growth, though, should represent just the tip of the iceberg. The company estimates that its market potential in diabetes and hypertension is nearly $47 billion in the U.S. alone.

Expanding beyond the U.S. market should be easier once Livongo's pending merger with Teladoc Health (TDOC 0.05%) closes. The combination of these two companies will create a virtual care powerhouse and will likely disrupt the healthcare market even more than Livongo and Teladoc already have individually.

There's another game-changing trend underway that isn't in the auto or healthcare sectors. Cash is being displaced by digital payment methods. Square (SQ -2.20%) ranks as one of the top players in this area.

Square is best known for its small credit card readers used by many small- and medium-sized businesses. But the company's payment processing is only one part of a vast ecosystem of resources that Square offers its customers. This ecosystem includes customer loyalty programs, an e-commerce platform, and payroll software.

In addition, Square claims a huge growth driver with its Cash App. Use of the peer-to-peer payments app has skyrocketed. One analyst projects that the user base for Cash App will more than double within the next five years.

The biggest knock against Square is its valuation, with shares trading at a whopping 278 times expected earnings. That's admittedly a nosebleed level. However, keep in mind that Tesla's forward earnings multiple is over 330. Square isn't a bargain by any means, but it's arguably a better buy than Tesla.