The memory specialist's stock has slumped roughly 39% in 2020.

Shares of Western Digital (WDC -0.30%) slipped 10.8% in August, according to data from S&P Global Market Intelligence. The memory-chip stock fell after the company reported second-quarter results early in the month. 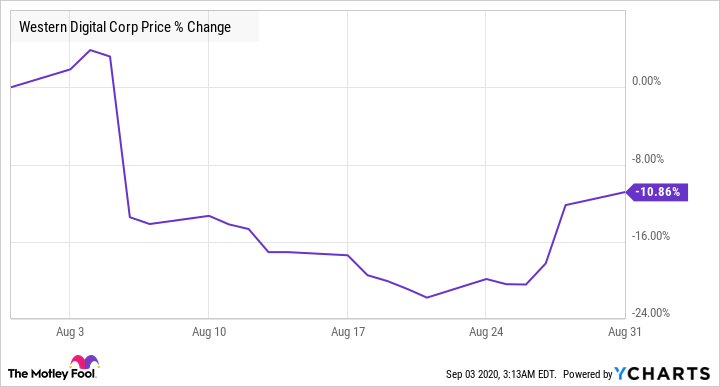 Western Digital published second-quarter earnings on Aug. 6, and shares fell despite better-than-anticipated earnings in the period. The company's non-GAAP (adjusted) earnings of $1.23 topped the average analyst's estimate for per-share earnings of $1.21, but sales of $4.29 billion in the period fell short of the market's target of revenue of $4.34 billion. The miss on sales was paired with guidance that suggested a more challenging growth outlook ahead, and the stock closed out the month down double digits.

Western Digital is guiding for first-quarter revenue to come in between $3.7 billion and $3.9 billion, and adjusted earnings per share of $0.45 to $0.65. Management projects that the business' adjusted gross margin for the period will be between 25% and 27%. For comparison, the company posted adjusted earnings of $0.34 per share on sales of $4 billion in last year's first quarter. 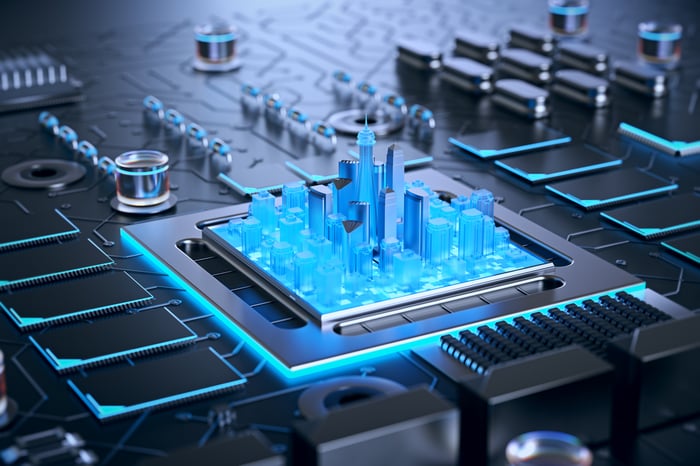 Western Digital stock has regained some ground early in September's trading. The company's share price is up roughly 3% in the month so far. 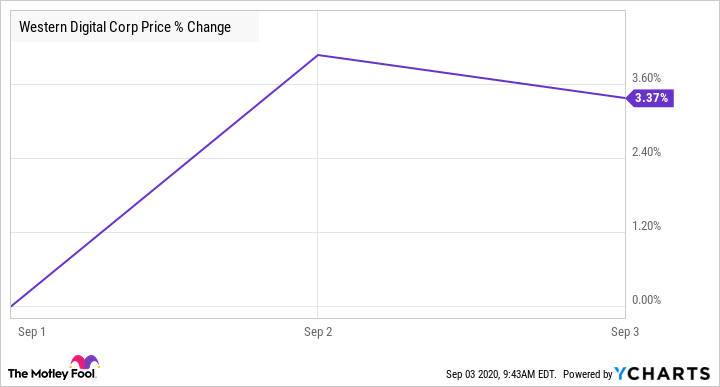 Uncertain economic conditions are prompting enterprises to dial back on growth spending, and that's reducing demand at Western Digital. Rising technologies including 5G networks, data centers, and artificial intelligence applications could eventually spur a substantial growth cycle for the company, but it looks like these anticipated catalysts may take longer to materialize than previously anticipated. On the other hand, the current uncertainty could present opportunities to build a position in the stock while these potential growth drivers are still in early stages.

Western Digital is valued at roughly 12 times this year's expected earnings, and the stock has a dividend yield of 5.2%.