A quick approval would be nice, but the drugmakers are sticking to their scientific principals.

With the U.S. presidential election scheduled around the same time that the first coronavirus vaccines will be up for potential authorization or approval by the Food and Drug Administration (FDA), there's been a lot of speculation that the current administration might pressure the agency to approve a vaccine before the election.

Coronavirus vaccine developers are apparently putting that theory to rest according to a report by Bloomberg. The companies, which reportedly include Pfizer (PFE 0.74%), Moderna (MRNA -0.23%), Johnson & Johnson (JNJ 0.13%), GlaxoSmithKline (GSK 0.89%), Sanofi (SNY 0.78%), and potentially others, plan to issue a statement pledging not to send any coronavirus vaccine to the FDA unless it has extensive safety and efficacy data. The statement could come as early as next week according to Bloomberg's sources.

Pfizer and its partner BioNTech (BNTX -0.88%) have said they expect to have enough early-stage data from their phase 3 study in October to submit an application to the FDA. Last week, the Financial Times reported that AstraZeneca (AZN 0.08%) might have its coronavirus vaccine authorized by the FDA before the election, although the British drugmaker said it hadn't discussed the possibility with the agency. 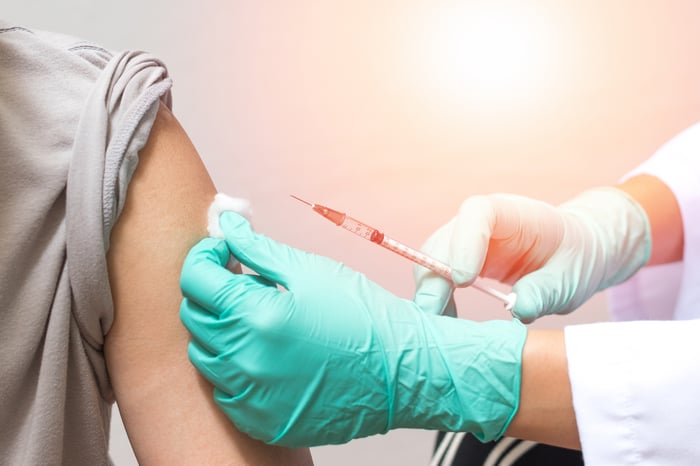 The vaccine-maker pact downplays enthusiasm for a vaccine timeline suggested by President Donald Trump, who reportedly said he expects a vaccine could be ready "maybe even before November first" during a news conference at the White House on Friday.

The FDA has scheduled a meeting of outside experts on October 22 to discuss coronavirus vaccine development, although it isn't clear at this point which specific vaccines might be discussed.