Please ensure Javascript is enabled for purposes of website accessibility
Log In Help Join The Motley Fool
Free Article Join Over 1 Million Premium Members And Get More In-Depth Stock Guidance and Research
By Adria Cimino – Sep 4, 2020 at 8:00AM

These companies have proven themselves in recent, difficult times.

This year's market crash was a great reminder of how important it is to have solid companies in your investment portfolio. In good times, you're able to count on their performance. And when bad times roll around, you can have confidence they will manage the crisis and rebound quickly.

These solid companies often aren't the cheapest in the market, but they are well worth the investment because of their track record and future revenue growth prospects. Here, I've chosen three that fit the bill. Investment in all of them will offer you diversification across three industries. 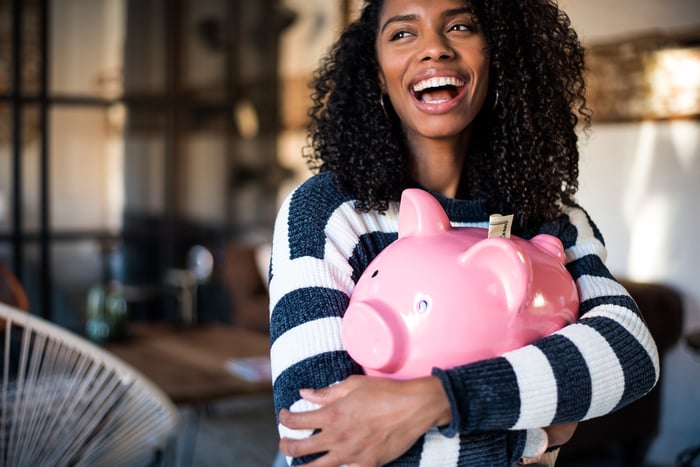 Amazon (AMZN -0.54%) shares have been unstoppable, with gains of 84% so far this year. It's easy to understand why. While most retailers struggled through the earlier stages of the coronavirus outbreak, Amazon had to hire to keep up with demand. In the second-quarter earnings report, Amazon said it created 175,000 jobs since March -- and for good reason. Sales in the quarter climbed 40% to $88.9 billion, and net income doubled to $5.2 billion. Online grocery -- an area where Amazon and Walmart (WMT -0.93%) have been fighting for dominance -- saw gains too, with sales tripling in the quarter.

Some might ask if Amazon's fortunes will continue when the coronavirus crisis wanes. While sales increases may not be as steep, it's clear the positive trend will continue. First, some consumers may not return to pre-crisis shopping habits. They may prefer the convenience of online shopping and still might want to avoid crowds. Amazon's pre-crisis performance is another guide: The retailer's annual revenue has been climbing for more than a decade.

Vertex Pharmaceuticals (VRTX -1.12%), a leader in the cystic fibrosis treatment market, offers investors a buying opportunity today. The biotech is down 11% from an all-time high reached in July. Wall Street analysts predict that the stock will gain 14% over the next 12 months. Vertex stock trades at 34 times trailing 12-month earnings -- close to its lowest point this year but still higher than some biotech companies. Why do I expect share gains to resume? The answer is simple -- revenue power.

While many companies have been withdrawing guidance or revising lower, Vertex has done the opposite. The company predicted total full-year product revenue of $5.7 billion to $5.9 billion from its earlier range of $5.3 billion to $5.6 billion. Vertex beat analysts' earnings estimates for the past four quarters and has quadrupled annual revenue to more than $4 billion over the past five years. Trikafta, its newest cystic fibrosis drug, drove a 62% gain in total product revenue in the second quarter. The U.S. Food and Drug Administration approved the treatment last fall, and the European Commission approved it in August. Why is Trikafta such a big deal? Because it has the potential to treat up to 90% of people with the disease.

While cystic fibrosis treatments offer revenue well into the future, Vertex has programs in the pipeline in other areas too, such as blood disorders and pain. The company is also working with CRISPR Therapeutics (CRSP 0.97%) on gene editing therapy, which involves altering genetic material that causes disease.

The coronavirus outbreak has hurt McDonald's (MCD -1.81%), as it has been forced to close dining rooms in the U.S. and rely on just drive-thru and delivery services in many areas and closed half of its restaurants internationally. Prior to the crisis, about 70% of orders were taken in restaurants in the company's larger international markets. The fast-food giant reported a 23.9% drop in global comparable sales in the second quarter. Still, the company managed to maintain profitability, reporting $483.8 million in net income.

There are a few more positive elements that make me optimistic about the future of McDonald's. Brand strength is one. Many of us think of McDonald's first when it comes to fast food. Now, McDonald's plans on ensuring that as it aims to invest its "sizable marketing war chest" during the third and fourth quarters. I also like the fact that McDonald's says it is focusing on digital orders, drive-thru, and delivery. Even once the coronavirus crisis subsides, consumers are likely to prefer avoiding contact when possible. About 95% of McDonald's U.S. locations offer drive-thru. In large international markets, that number is 70%.

Dividend is another reason to invest in McDonald's for the long term. The company has increased its quarterly dividend ever since it first started paying one in 1976. And in the second-quarter earnings call, the company said paying dividends remains one of its priorities.

McDonald's is trading at more than 33 times trailing 12-month earnings, its highest this year by that measure. Shares have rebounded from earlier declines and now are up about 8% for the year. I don't expect McDonald's revenue to recover immediately. But investors who pick up the stock now will be -- to use one of the company's old slogans -- "lovin' it" in the long term.