The company hopes to recruit 20,000 people from the region for the late-stage study.

Johnson & Johnson (JNJ 0.13%) is looking south of the U.S. border for participants in a phase 3 clinical trial of its coronavirus vaccine candidate. The company said it aims to enroll 20,000 people from Latin America for the study, roughly one-third of the planned worldwide total.

Specifically, "[w]e expect the majority in Brazil because it's the biggest country and also the one most affected by the pandemic so we expect a lot of people volunteering, but we expect also high numbers in Colombia and in Argentina," said Josue Bacaltchuk, the vice president of medical affairs for Janssen Vaccines (the Johnson & Johnson subsidiary developing the candidate, Ad26.COV2-S), in an interview with Reuters. 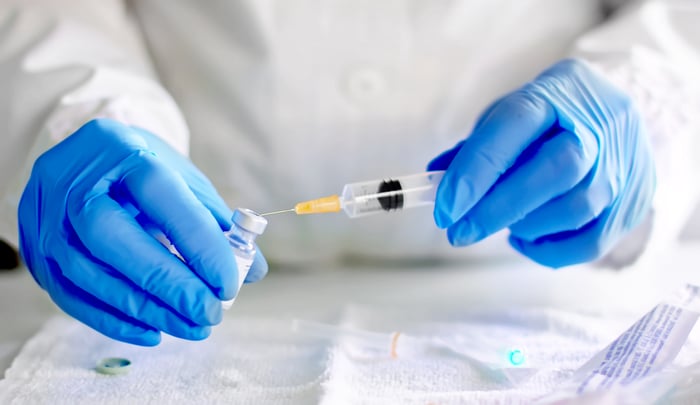 Additionally, when and if Ad26.COV2-S is approved for use, countries hosting trials -- presumably including those South American ones -- will probably receive preferential access to it, Bacaltchuk said.

The region has been especially hard-hit by the coronavirus outbreak, with a relatively high number of both cases and fatalities. Many health experts have raised concern that the more badly affected parts of the world will be underserved once a vaccine is approved and ready for use.

The news about Johnson & Johnson's enrollment comes on the heels of a similar development with the company many consider to be the leader in the COVID-19 vaccine "race," Moderna (MRNA -0.23%). Stephane Bancel, Moderna's CEO, said Friday that his company was slowing the enrollment in the phase 3 trial of its coronavirus vaccine candidate to ensure sufficient participation of minority groups.

Johnson & Johnson and Moderna are two of only a handful of companies that are entering phase 3 trials for vaccine candidates. No COVID-19 vaccine has yet been approved for widespread use by any major regulator.