The company's latest results demonstrate that its business model can withstand further stress in an unforgiving environment.

Since the COVID-19 pandemic poses an existential threat to various pockets of the retail industry, investors in this space have expended much effort this year in determining which companies will indeed make it to the other side of the current economic drawdown.

In its fiscal 2020 earnings report released this past week, casual clothing manufacturer Lands' End (LE 0.37%) offered evidence that it falls safely in the category of viable companies going forward. The results, issued Sep. 2, revealed that the company bounced back to profitability after a weak first quarter on strong e-commerce sales and COVID-19 related cost control. Lands' End is also investing in tangible opportunities that it can capitalize on once the U.S. economy emerges from its pandemic-constrained crawl. 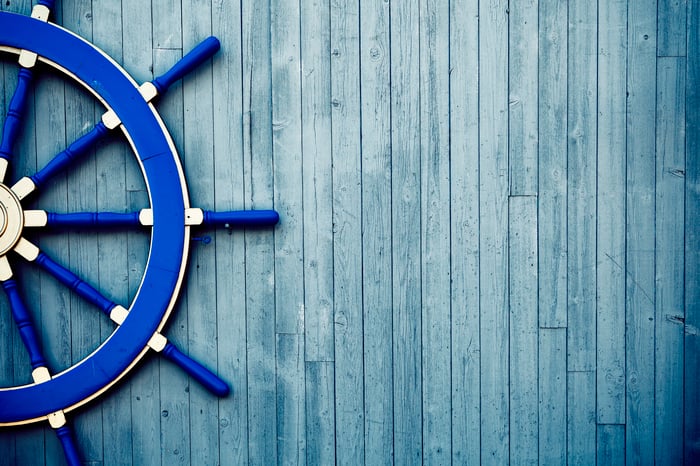 Lands' End returned to growth over the last three months, as revenue improved by 4.6% over the prior-year quarter, to $312.1 million. Sales advanced 44% sequentially against the first quarter of 2020, which had been heavily affected by the initial wave of the coronavirus. The company earned $0.13 per diluted share during the last three months, eclipsing a loss of $0.09 per share in the second quarter of 2019.

Management had advised investors to expect a year-over-year revenue decline in the mid-to-high single digits in the second quarter, so the firming top line proved a pleasant surprise. The momentum was driven by e-commerce sales, which were projected to rise by mid-single-digits, but ended up surging nearly 24% against the comparable quarter.

As expected, Lands' End's "outfitters" business, which supplies uniforms to businesses and schools, suffered a significant hit -- sales wilted by 43% against the prior-year quarter. This segment has a concentration in the travel and leisure industry -- to illustrate, American Airlines is one of its largest customers. It's almost needless to relay that management expects this business to remain soft through the end of this year.

As for its physical retail channel, the organization reopened all 26 of its stores by the end of August. While these units are generating sales at just 70% of last year's levels, they make up only a fraction of the company's top line: Between the e-commerce and outfitters segments, digital sales account for 96% of total company sales, and stores just 4%.

In addition to enjoying a boost to e-commerce in the pandemic, Lands' End has exhibited a high degree of cost discipline. Gross margin improved by 10 basis points against second quarter 2019 to 43.4%; more impressively, the company's selling and administrative expenses plunged by 530 basis points to 35.7% of revenue. Management attributed this easing of the company's overhead burden to its "strong control of operating expenses and structural costs."

An update on a critical deadline

Earlier this year, investors fretted over a $383 million term loan that comes due in April 2021, given the uncertainty (at the time) around capital markets, as well as uncertainty over how Lands' End would ultimately fare in 2020. As debt markets have remained liquid, and the company has demonstrated its viability, investor angst over the borrowing has dissipated.

Lands' End shared this week that it's received multiple term sheets from interested lenders on the note refinancing. Management disclosed that after the refinancing, the manufacturer will likely end up with $275 million in long-term debt, with the balance of the note existing as a short-term liability within its asset-based lending (ABL) facility. The total availability on the ABL will increase from $188 million to $275 million as part of the transaction. During this week's earnings conference call, CFO Jim Gooch stated that the refinancing was expected to close before the end of the third quarter.

What's next for Lands' End

Management is projecting a slight, low single-digit revenue decline in the back half of 2020, which sets Lands' End up for perhaps another small upside surprise. Given this benign outlook and an imminent note refinancing, it's clear that the organization has turned a corner; in fact, it's looking forward to several revenue opportunities in the near future.

For example, Lands' End has just completed an enhancement of its enterprise resource planning (ERP) system, which will allow it to fulfill current orders placed through Amazon -- a growing channel -- directly from its distribution center. In addition, this fall, Lands' End products will make their debut on the shelves at Kohl's locations. Online orders from Kohl's will also be fulfilled from Lands' End's distribution center following the ERP upgrade.

I purchased Lands' End in late March as a value play, and while it's roughly doubled since then, I intend to continue to hold these shares, as the company is likely to come out of the pandemic with both market share gains and higher profitability.

Given its increasingly solid footing, and its stock resilience -- shares were down 75% for the year in late April, and are now down roughly 21% year to date -- like-minded investors can afford to be patient for the next several quarters.

Is Lands' End Being Valued Too Harshly by the Market?