Shares of Arista Networks (ANET 4.30%) fell 14% in August, according to data from S&P Global Market Intelligence. Despite momentum for the broader market and a second quarter earnings beat, the network technology company's stock sold off due to a weakened industry outlook. 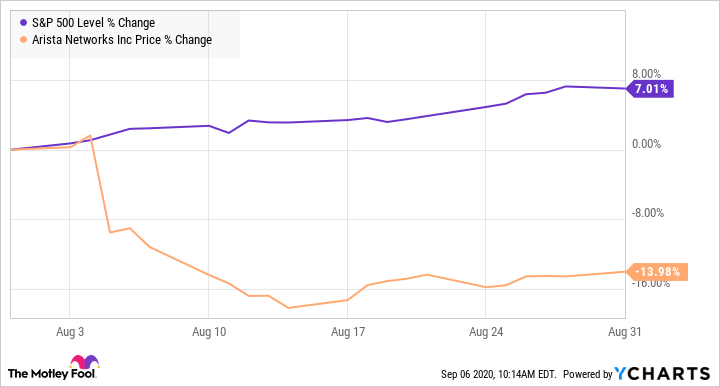 Arista published second quarter results on Aug. 4, and the stock saw a pronounced dip after the release despite the business posting better-than-expected sales and earnings in the period. The network technology company recorded sales of $540.6 million and non-GAAP (adjusted) earnings per share of $2.11, topping the average analyst estimate's call for sales of $529.7 million and per-share earnings of $1.95. 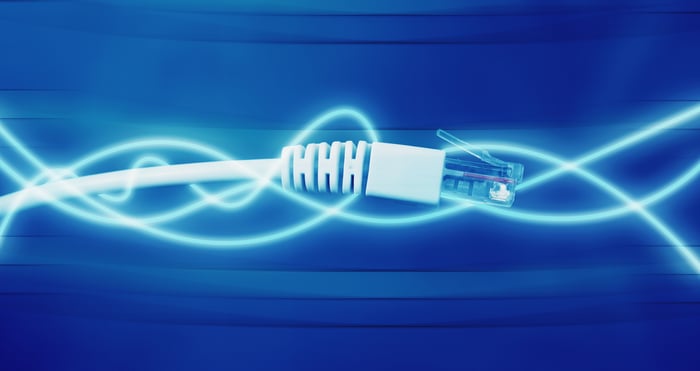 Arista's sales climbed 3.4% year over year in the quarter, but adjusted earnings per share fell 13.5% in the period, and management warned of a near-term slowdown for the business despite strong execution. The company's guidance, combined with targets from competitors including Cisco, suggests that the network technology space will be pressured as enterprises pull back on growth spending amid economic uncertainty.

Arista Networks stock has continued to slide in September's trading. Shares are down roughly 5.5% in the month so far. 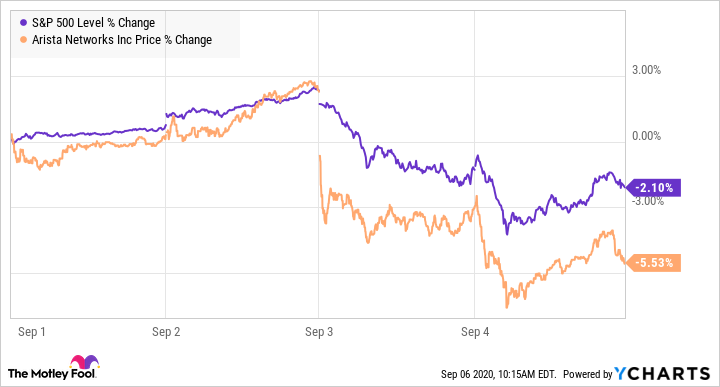 Arista is guiding for third quarter sales to come in between $570 million and $590 million, representing a roughly 11% year-over-year decline at the midpoint of the target. Management expects an adjusted gross margin between 63% and 65% and an adjusted operating margin of approximately 37% for the current quarter.

Arista Networks has a market capitalization of roughly $16 billion and trades at approximately 24 times this year's expected earnings.