The enterprise search company has rallied roughly 56% in 2020's trading.

Shares of Elastic (ESTC -5.61%) climbed 12.8% in August, according to data from S&P Global Market Intelligence. The stock gained ground thanks to broader market momentum, new feature and service announcements, and quarterly results that topped the market's expectations. 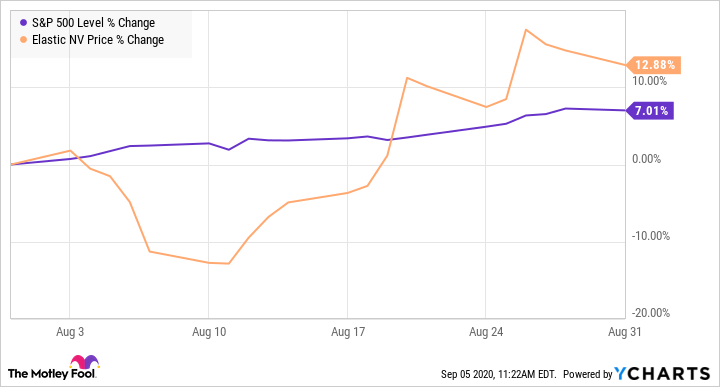 Elastic announced new features including malware and threat-identification protections and a version of its enterprise search services available under its free distribution tier. These new features, combined with strong first-quarter earnings results and a rally for tech stocks, helped the stock post double-digit gains last month.

Elastic published first-quarter results on Aug. 26, delivering sales and earnings that topped Wall Street's targets. The company posted adjusted earnings per share of $0.06 on revenue of $128.87 million, while the average analyst estimate had called for a loss of $0.18 per share on sales of $120.94 million. Sales were up 43.7% year over year in the period, and software-as-a-service (SaaS) revenue climbed 86% to reach $32.6 million.

Elastic stock has given up some of last month's gains in September's trading. The company's share price has slipped roughly 9% in the month so far amid a sell-off for the broader market. 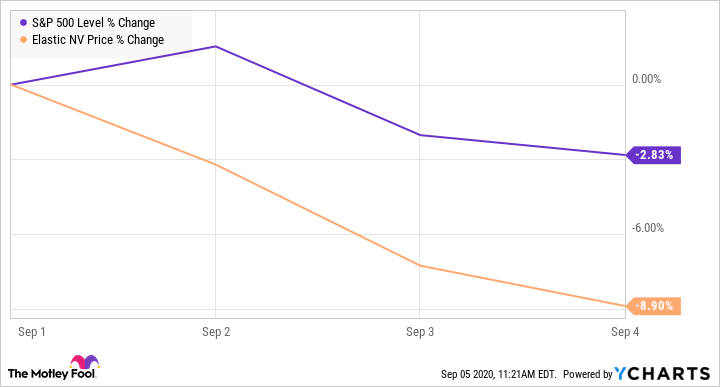 The company has a market capitalization of roughly $8.6 billion and is valued at 15.75 times this year's expected sales.