Please ensure Javascript is enabled for purposes of website accessibility
Log In Help Join The Motley Fool
Free Article Join Over 1 Million Premium Members And Get More In-Depth Stock Guidance and Research
By Keith Noonan – Updated Sep 7, 2020 at 11:45AM

The enterprise-consulting and software-design company's stock is up roughly 49% in 2020.

Shares of EPAM Systems (EPAM -0.80%) climbed 12.8% in August, according to data from S&P Global Market Intelligence. The stock climbed thanks to momentum for the broader market and second-quarter earnings that came in ahead of Wall Street's expectations. 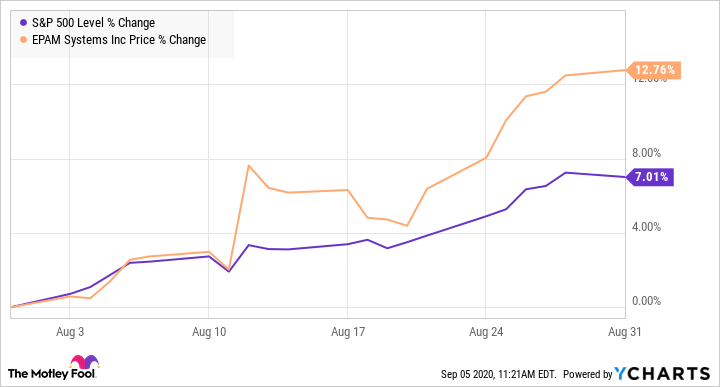 EPAM Systems published second-quarter results on Aug. 6, posting sales and earnings that topped the market's targets. The company recorded adjusted earnings per share of $1.46 on revenue of $632.38 million, while the average analyst estimate had called for $1.19 per share on sales of $596.71 million. 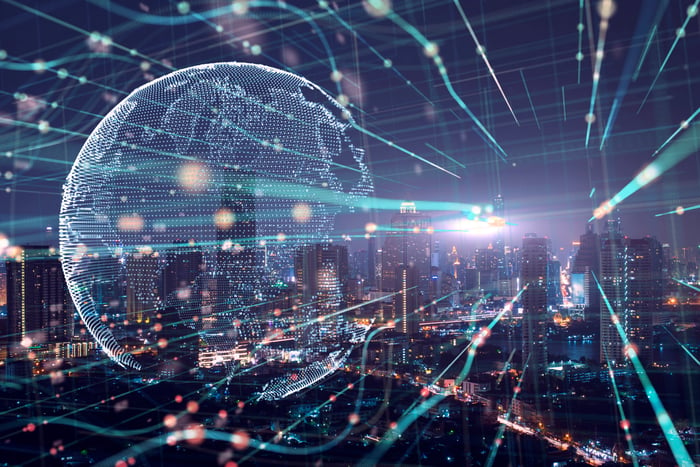 EPAM's second-quarter sales climbed 14.6% year over year and 15.5% on a constant-currency basis. Adjusted earnings climbed 14.1% year over year in the period. The company did face demand headwinds in the quarter related to COVID-19 and the current economic downturn, but the business delivered strong execution and added several new large customers, and its Q2 results were strong enough to push the stock higher last month.

EPAM stock has lost ground in September amid a pullback for the broader market. It is down roughly 5.5% in the month's trading so far. 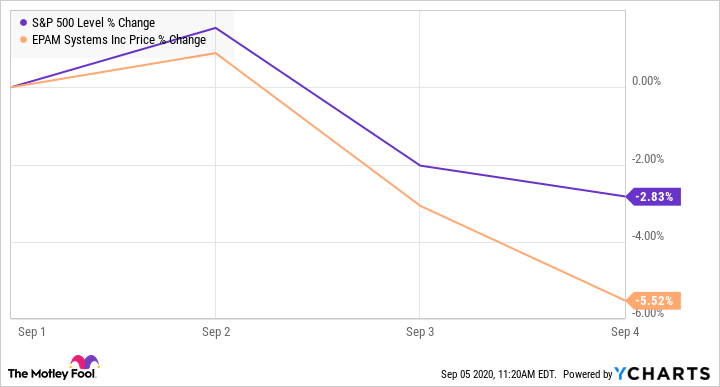 Due to uncertainty in the economy, management has held off on providing full-year guidance, but it did lay out targets for the current quarter. EPAM is guiding for third-quarter revenue to be between $633 million and $643 million, representing growth of 8.5% year over year at the midpoint of the target. The company expects to post adjusted EPS between $1.40 and $1.49 in the period, suggesting 4% year-over-year growth at the midpoint.

EPAM Systems has a market capitalization of roughly $17.7 billion and is valued at approximately 53 times this year's expected earnings and 6.7 times expected sales.

Why EPAM Systems Jumped 43% in March

Why EPAM Systems Is Crashing Today