Shares of Twitter (TWTR) climbed 11.5% in August, according to data from S&P Global Market Intelligence. The stock rose in conjunction with momentum for the broader market and speculation that the company could potentially buy ByteDance's TikTok platform. 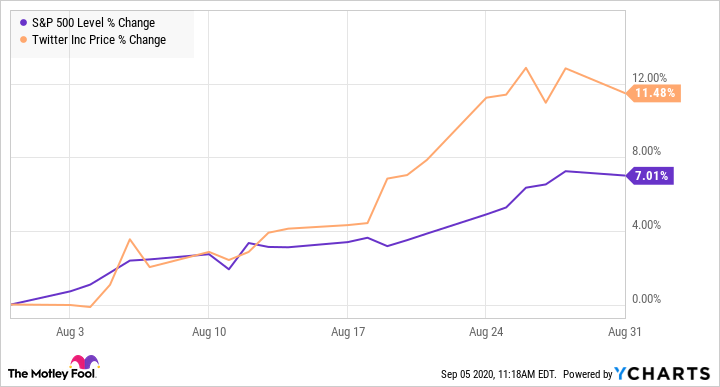 Reports emerged on Aug. 10 that Twitter had entered into preliminary discussions to purchase TikTok, the popular short-form video network that's found itself at the center of trade and tech-race tensions between the U.S. and China. Twitter's share price may have also gotten a boost from the company's plans to test potential subscription-service offerings this year.

Chinese companies are required to share data and technology with the country's government if requested, and this dynamic combined with the enormous popularity of TikTok has raised concerns among some U.S. government officials. The Trump administration has been trying to force a deal that would require ByteDance to sell off the U.S. version of its hit video-based social network.

Twitter has experimented with short-form video platforms, but none have managed to achieve the popularity of TikTok, which could make a nice addition to the Twitter ecosystem. But subsequent reports have suggested the company is no longer a front-runner to buy the platform.

A joint offer from Microsoft and Walmart is widely viewed to be the most likely to get the deal done, but offers from Oracle, Netflix, Apple, and Alphabet have also been rumored. According to CNBC, ByteDance has already chosen a buyer and an official deal could be announced in the very near future.

Twitter stock has continued to slide in September's trading. The share price has dipped roughly 3% in the month so far. 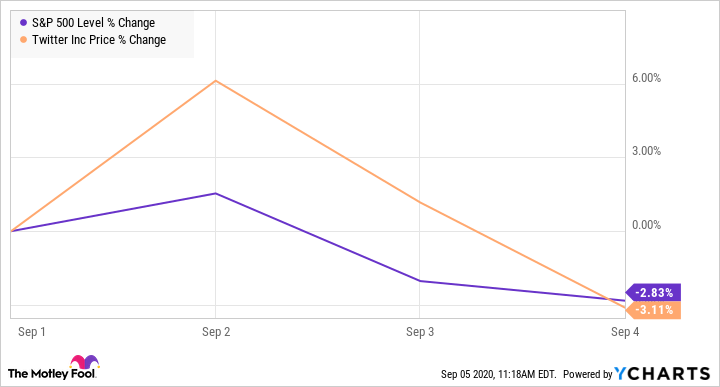 Twitter has a market capitalization of roughly $31.5 billion. The company has been ramping up technology spending and expects to post a loss this year, but it trades at approximately 56 times next year's expected earnings.