The OLED gatekeeper suffered a brutal downturn during the pandemic, but the market could be warming up again.

Those headwinds caused its stock to drop nearly 20% this year, but is it poised for a comeback after the pandemic ends? Let's examine Universal Display's core business, its recent challenges, and its plans for the future to find out.

How does Universal Display make money?

Universal Display doesn't make any OLED screens. Instead, it sells the raw materials and licenses the patents to leading display panel makers like Samsung (OTC: SSNLF) and LG Display (LPL -1.45%). 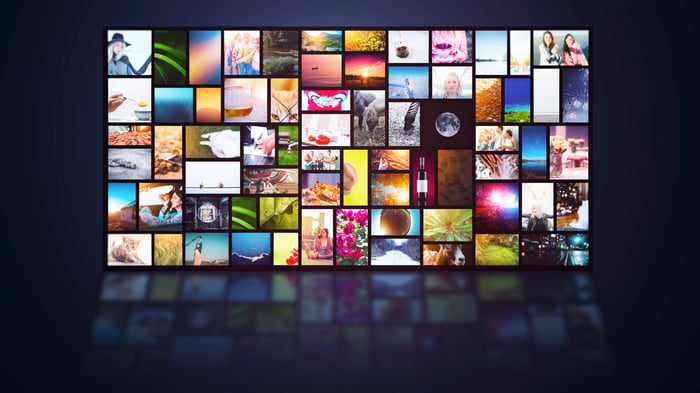 Last year, Universal generated 60% of its revenue from material sales, 37% from royalty and license fees, and the remaining sliver from contract research services. Its total revenue grew 64% for the full year and its EPS surged 135%. Excluding an accounting method shift last year, its revenue and earnings rose 31% and 19%, respectively.

At the end of 2019, Universal expected its revenue to rise 6%-16% in 2020. But it withdrew that guidance in its first-quarter report in May, and didn't provide any new forecasts in its second-quarter report in August.

How badly has the pandemic hurt Universal Display?

Universal Display's revenue rose 28% year-over-year in the first quarter, as its material sales grew 22% and its royalty and license fees rose 42%. 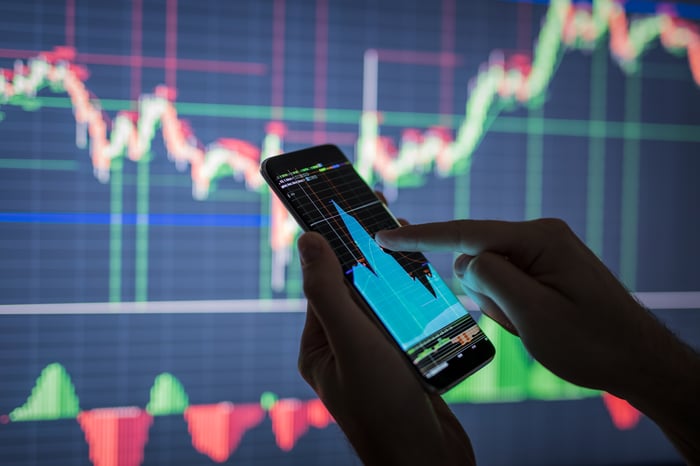 The pandemic throttled its sales to China throughout the quarter, which ended on March 31, but it offset that slowdown by recognizing revenue from "safety stock" purchases, which were made by Chinese customers back in the fourth quarter in anticipation of higher tariffs. Universal recognized that revenue after the return window on those purchases closed in March.

The onset of the COVID-19 pandemic also prompted some customers to stock up on more materials. Its materials gross margin contracted 660 basis points year-over-year to 69.6%, but it offset that decline with tighter cost controls -- so its EPS still grew 21%.

In the second quarter, Universal's revenue plunged 51% year-over-year, with a 58% drop in material sales and a 42% decline in royalties and licensing fees, as the pandemic spread and disrupted global supply chains. Its materials gross margin declined another 340 basis points from a year ago to 67.8%, and the high costs of dealing with COVID-19 reduced its EPS by a whopping 98%.

Abramson highlighted Samsung's upcoming OLED devices, new OLED TVs from Xiaomi and VIZIO, screens for high-end vehicles, and LG Display's new plants as signs of a turnaround. It also saw "a significant pickup in orders and shipments" in July, according to CFO Sidney Rosenblatt, as more businesses came back online.

Those comments suggest Universal passed a trough in the second quarter, but Rosenblatt warned its uptick in July might not be sustainable, since it could still face other unexpected headwinds and disruptions.

Universal Display's business model isn't capital-intensive, it ended last quarter with $644 million in cash and equivalents, and it doesn't owe any debt. It's also continued to pay its dividend throughout the crisis, but its low forward yield of 0.4% won't attract any serious income investors.

Universal's stock might not seem cheap at 44 times forward earnings, but that valuation could be justified if its growth accelerates again in the second half of the year and 2021. However, that recovery could still be delayed by a new wave of COVID-19 infections, an escalation of the trade war, or other unpredictable headwinds.

Is it time to buy Universal Display?

I'm cautiously optimistic about Universal Display's future. Its business is fundamentally strong, and its growth engines could restart as soon as the pandemic passes. However, its valuation reflects an easy recovery -- which could easily be derailed by a growing number of challenges. It's a good idea to accumulate some shares of Universal after its year-long slump, but I wouldn't get too greedy until the macro headwinds die down.