Sushree Mohanty
(tmfsushm)
Author Bio
Sushree is a new member of the Fool family, keen on writing about the cannabis and healthcare sector and also has five years of experience writing on real estate, consumer sector, and macroeconomic topics. She holds a bachelor’s degree in business management, specializing in finance, and also a CFA Level 2 candidate. Being a fitness enthusiast and a creative person, when she isn't writing, she is either kick-boxing or painting.

Most cannabis companies have done well amid the coronavirus pandemic thanks to regular demand for marijuana, which is behaving more and more like a consumer good. U.S. pot companies in particular have soared this year. Curaleaf Holdings (OTC:CURLF) is one example, having experienced revenue growth and improving profit margins since January. Meanwhile, challenges for Canadian counterparts remain. Last year's headwinds, which included regulatory delays and a thriving black market, continue to take a toll on the Canadian market. OrganiGram Holdings' (NASDAQ:OGI) performance is proof of that.

OrganiGram is smaller than Curaleaf, sporting a market cap of $221 million compared to Curaleaf's cap of $3.8 billion. Shares of Curaleaf are up 13.8% this year, while Organigram is down a sobering 53.8%. The Horizons Marijuana Life Sciences ETF declined by 28% over the same period. Let's take a look at which among these two cannabis stocks is the more hopeful investment. 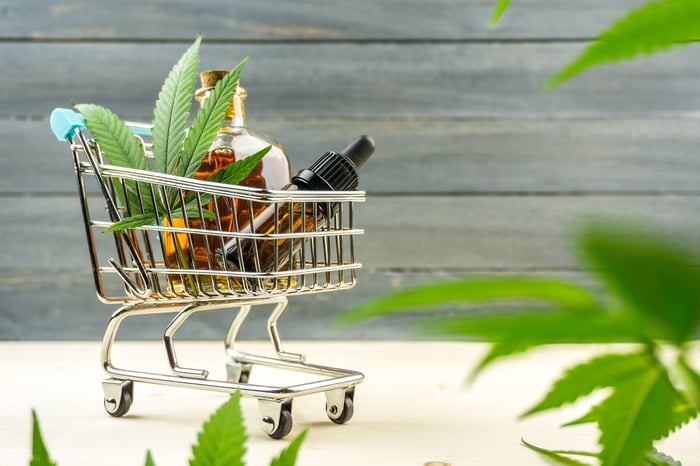 OrganiGram produces cannabis for the medical and recreational markets. Despite its reach, the company's fiscal third quarter results for the period ended May 31 didn't paint a great picture of the business.

Organigram's net revenue dipped 27% year over year to 18 million Canadian dollars in the quarter. It blames falling revenue on struggling sales volume of dried cannabis flowers. There were a few other market factors that affected sales, including the lower average net selling price of cannabis products from increased competition and evolving consumer preferences. Consumers preferred to order in bulk during the early stages of the pandemic. However, Organigram's reduction of workforce and impact on the supply chain amid the pandemic delayed the launch of their value products in larger formats, which are more suitable for stocking up during stay-at-home orders.

OrganiGram's selling, general, and administrative (SG&A) expenses increased by 13% to CA$10.2 million and the cost of sales rose a stunning 256% to CA$44.3 million from the year-ago quarter. Both of these expenses help explain the quarterly EBITDA loss of CA$24.7 million compared to EBITDA profit of CA$7.7 million in Q3 2019. OrganiGram said its increased SG&A expenses were due to the scaling of its operations, which included marketing and other expenses associated with the initial launch of cannabis derivatives products.

As the pandemic weighed on costs, Organigram was forced to cut 45% of its workforce. According to management, the reduction of the workforce delayed the launch of many of its new cannabis derivatives.

Canada made cannabis derivative products such as edibles, vapes, chocolates, beverages, and concentrates legal last October. OrganiGram launched a few of its vape products in December, a positive move that was quickly thwarted by the coronavirus pandemic's toll on production and distribution. However, Organigram continues to bank on future growth from its derivatives segment.

Curaleaf is a strong contender in the U.S cannabis market

Curaleaf is a vertically integrated multi-state company that cultivates and supplies medical and recreational cannabis products. Vertical integration allows the company to maintain total control of its supply chain. As part of its strategy to lead the evolving U.S. cannabis market, Curaleaf has made some aggressive acquisitions in the last few months. With the acquisition of hemp CBD oil company Grassroots, Curaleaf now has 135 operating dispensaries with a stunning 1.6 million square feet of cultivation capacity. Its increased capacity will allow it to meet growing national and international demand.

The company recently opened three new stores in Florida, Massachusetts, and New York, and acquired dispensaries in Arizona, Nevada, and Maryland. It acquired Select, a cannabis oil brand, from Cura Partners, in February for $948.8 million. The acquisition and the organic growth of Curaleaf's own products led to a 112% jump in retail revenue from the year-ago quarter to $66.3 million in Q2.

What impresses me most is Curaleaf's bold strategy to expand amid the pandemic, while many companies are struggling to stay afloat. And why shouldn't it? The company is experiencing consistent revenue growth and profits, and has a strong balance sheet. As of June 30, Curaleaf recorded $122.8 million in cash, up from $42.3 million at the end of 2019, and $283.3 million of outstanding debt net of unamortized debt discounts. These qualities enable Curaleaf to increase its manufacturing capacity and distribute products when its competitors simply can't afford to do the same. 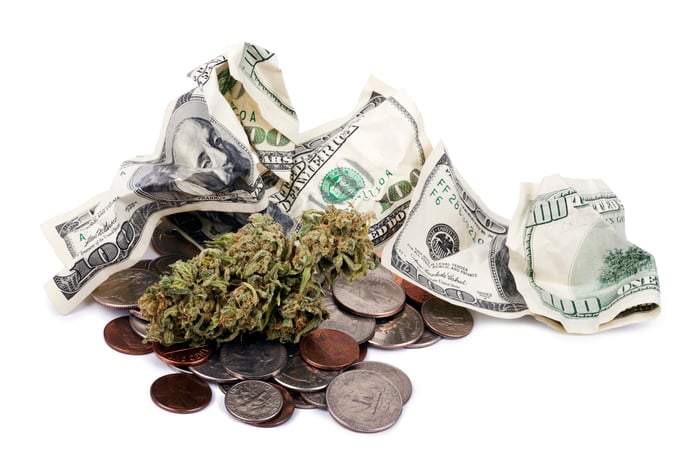 Which is the better choice?

Between the two stocks, Curaleaf is the better cannabis pick if you are worried about long-term growth. 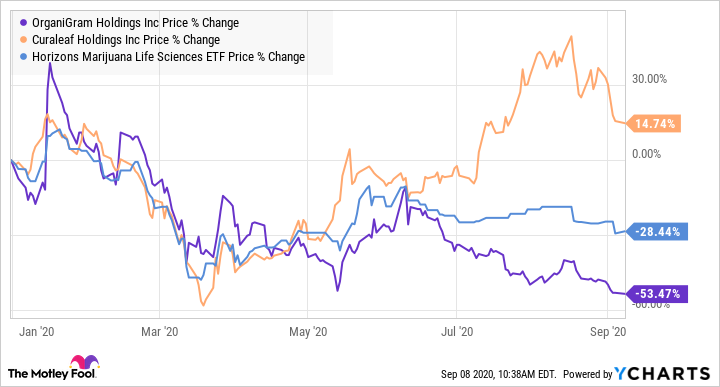 The company has shown potential within a still-limited legal market in the U.S. Though marijuana remains illegal at the federal level, medical cannabis is legal in 33 states and the District of Colombia, and recreational adult marijuana use is legal in 11 states and in D.C. Curaleaf's expansion opportunities could increase as more states work on legalizing cannabis this year. New Jersey, Mississippi, South Dakota, Arizona, and Montana are set to bring cannabis legalization initiatives to the ballot.

Solid financials, impressive top-line growth, a leading position in the U.S. market, and continued expansion strategies all make a strong case for Curaleaf as the better marijuana stock to buy today.