Please ensure Javascript is enabled for purposes of website accessibility
Log In Help Join The Motley Fool
Free Article Join Over 1 Million Premium Members And Get More In-Depth Stock Guidance and Research
By Luis Sanchez CFA - Sep 9, 2020 at 8:00AM

The company faces a long recovery after the COVID-19 pandemic shut down the live entertainment industry.

Prior to the COVID-19 pandemic, people looked forward to cheering on their favorite sports teams, watching a blockbuster film, or seeing their favorite musicians perform live. Unfortunately, stay-at-home orders resulted in the mass cancellation of in-person entertainment, and that is still largely the case as of this writing.

As a technology company focused on supplying the film and music production industry, Avid Technology (AVID 2.58%) has faced significant headwinds from the cancellation of these live events. In early August, the company released its second-quarter earnings report, which revealed the extent of the pandemic's financial impact on the business.

What is Avid Technology?

Avid Technology provides software and integrated hardware used in video and audio production. The company's products can be found on the sets of Hollywood films and television programming, in addition to live events venues. Avid has actually won 16 Emmy awards, one Grammy, and two Oscars for technical innovation.

The company sells a variety of tools such as its Pro Tools audio software, which is popular for professional music production. The Media Composer product is used to edit video for TV, commercials, and feature films, while Sibelius is a software used to create musical scores and is widely used to teach music composition.

Avid's software has historically been offered as a licensed software but is now also available as a recurring subscription. Moving toward a subscription model has been a strategic goal for the company, because it creates a more stable and predictable revenue stream.

In addition to software, the company sells hardware used in video and audio production. For example, the company's Venue hardware is used for live audio recording and mixing -- this is essential equipment for a professional studio. 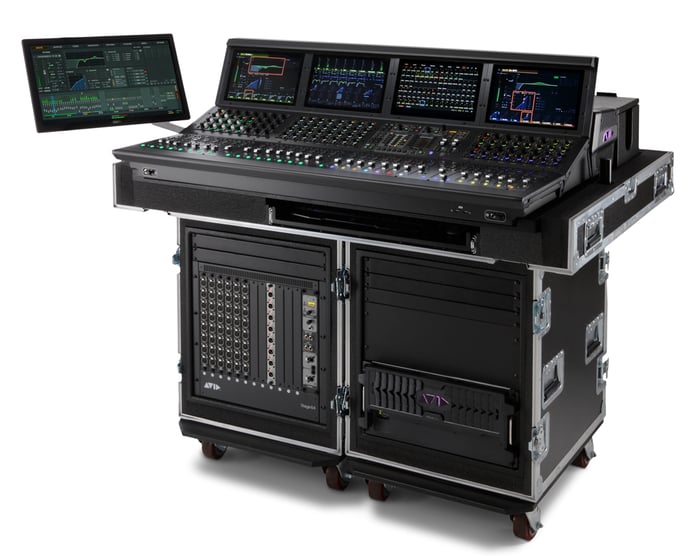 A negative financial impact from COVID-19

When Avid Technology reported its second-quarter earnings, it revealed declines in revenue and cash flow.

With film production halted and musicians taking the summer off from touring, Avid saw a sharp drop in non-recurring revenue and other parts of its business. The integrated solutions segment, which includes hardware sales, declined 50% year over year to $20.8 million.

There were some bright spots in the second quarter, though. Subscription revenue grew 68% year-over-year as creative professionals continued working but chose to do so remotely. However, that revenue amounted to only $16.4 million, or about one-fifth of the top line, so its growth wasn't enough to offset declines in other areas.

Over the last few years, Avid has been pushing to sell its video and audio editing software as a recurring subscription instead of a one-time sale. The legacy model involved selling licensed software plus expensive hardware and then charging additional fees to customers to receive product updates and bug fixes (billed as maintenance revenue). A recurring subscription has some advantages for the customer -- for example, instead of paying upfront, a video editing customer can pay $24 per month for Avid Media Composer. The company also locks in that recurring revenue, increasing the average customer life and profitability.

During the second-quarter earnings call, management noted that Avid is expected to show signs of a recovery in the second half of 2020. "As we look forward to the third quarter and the rest of 2020, we expect that the market environment for our solutions will continue to be impacted by COVID-19," CEO Jeff Rosica said, "but we do expect a gradual but potentially uneven recovery as the second half progresses and as live sports and live entertainment slowly return, film and television productions resume, and as companies continue to improve their capabilities to work amid the COVID environment."

But Avid still faces extreme uncertainty. If the pandemic lasts into the fall and winter, entertainment production may not see a material recovery until well into 2021. Such delays will weigh on Avid's hardware sales although its subscription business can continue humming along and offset some of those declines.

Avid has a long history supplying the film, TV, and audio recording industries with production and editing solutions. But in recent years, Adobe has proven to be a fierce competitor in video with its Adobe Premiere video editing software. Adobe has long bundled its various offerings into its Creative Cloud subscription. This bundling strategy has helped Adobe win market share in various fields, including video editing. And with a $227 billion market cap, plus a research and development budget that is five times larger than what Avid generated in revenue in the past year, the company has far greater resources to pour into its products.

When it comes to technology stocks, investing to maintain a leading edge in product versus the competition is a key determinant of long-term success. Add this tough competitive environment to the list of risks and headwinds faced by Avid in 2020.