Please ensure Javascript is enabled for purposes of website accessibility
Log In Help Join The Motley Fool
Free Article Join Over 1 Million Premium Members And Get More In-Depth Stock Guidance and Research
By Billy Duberstein – Sep 9, 2020 at 8:10AM

Shares of Microsoft (MSFT -0.87%) rose 10% in August, according to data from S&P Global Market Intelligence. The cloud computing leader surged after Microsoft confirmed it was in talks to acquire the U.S. operations of TikTok -- the hit short-video social network from Chinese company ByteDance -- or even all of TikTok's non-Chinese operations.

That, combined with strong earnings from other technology and cloud companies, boosted sentiment for the sector, benefiting the leaders, including Microsoft. 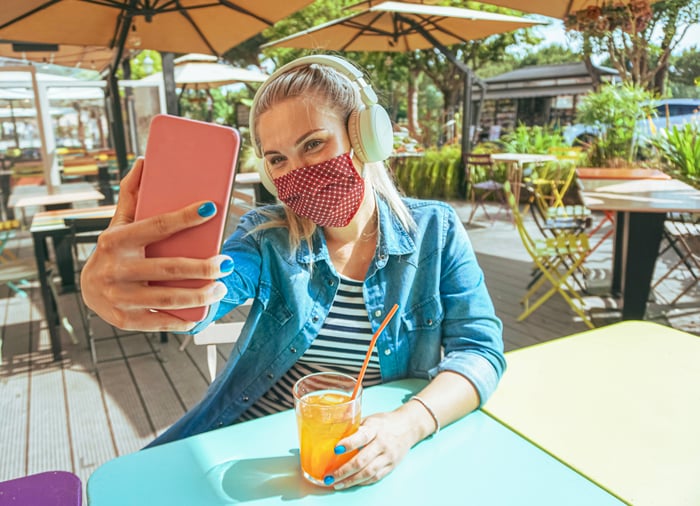 On Aug. 2, Microsoft confirmed that it was in talks to acquire TikTok's U.S. operations. Microsoft is one of the very few large U.S. tech companies with the financial and cybersecurity capabilities to acquire TikTok that doesn't already own a consumer social network (though it does own business social network LinkedIn). So it emerged as an early leader in the TikTok sweepstakes.

In a statement, Microsoft said: "This new structure would build on the experience TikTok users currently love, while adding world-class security, privacy, and digital safety protections. ... The operating model for the service would be built to ensure transparency to users as well as appropriate security oversight by governments in these countries."

Later in the month, Microsoft would bring in retail giant Walmart (WMT -0.59%) to team up on its bid. Reports say that Walmart may be able to help pair its digital e-commerce capabilities with content creators on the app.

But by the end of the month, other competitive bids emerged for TikTok, including Microsoft rival Oracle (ORCL -1.85%). Another rumored bid may be coming from private TikTok rival Triller, which teamed up with the London-based investment firm Centricus.

Some analysts think that adding another high-growth social network would add significant incremental value for Microsoft. Wedbush analyst Dan Ives thinks TikTok could be worth an incremental $200 billion to Microsoft in a few years, versus Microsoft's current market capitalization of around $1.5 trillion.

But it's still not clear if Microsoft will win out, if TikTok will be sold at all, or if TikTok would even be successful once acquired. The large U.S. social media companies Facebook (META -1.25%) and Snapchat (SNAP 0.83%) are each currently rolling out TikTok-like features on their own platforms, which could become worthy competitors. It's also possible the sale can be further hung up since China recently banned the sale of TikTok's recommendation algorithms to the potential buyer.

In any case, the Trump administration has given all parties a deadline of Sept. 15 to consummate a deal, or TikTok will be shut down in the U.S. We'll see if that deadline gets extended; if not, investors will have an answer on the TikTok sweepstakes soon.