With ASF in Germany, Europe's biggest pork producer, market effects could be significant.

Major U.S.-based pork producer Tyson Foods (TSN 1.02%) saw its share value bid up more than 4% this morning after African swine fever, also known as ASF or "pig Ebola," was confirmed to be present in Germany, Europe's biggest pork producer and exporter. Plant-based faux meat manufacturer Beyond Meat (BYND 21.89%) has joined the rally with its shares up nearly 6% in midday trading.

Julia Klockner, Germany's agricultural minister, says the prestigious Friedrich Loeffler Institute has confirmed "the first case of African swine fever in a boar" in samples taken from a dead wild boar close to the border with Poland, according to Politico. The virus puts Germany's 26 million-strong herd of commercial swine at risk of infection and mass culls like those which earlier devastated China's pig herds, besides ending Germany's classification as "ASF-free." 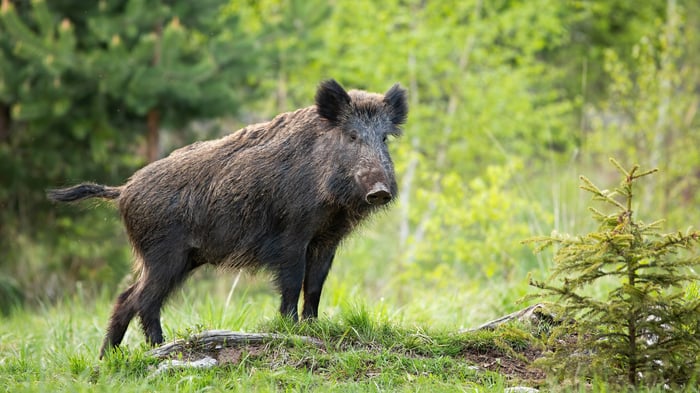 While Germany's case isn't yet known to have made the jump from wild boars to commercial herds, Reuters reports South Korea has already banned imports from the country. Klockner remarked the Germans "already had contact with China [last] night," highlighting the importance of China's huge pork import market.

An ASF outbreak in Germany could potentially give Tyson Foods the opportunity to greatly boost its exports to China, possibly helping it recover from COVID-19's effects. Beyond Meat, whose plant-based supply chain is completely immune to African swine fever, was already gaining this morning after it was reported its rival Impossible Foods is mired in Chinese regulatory approval while Beyond is already building production facilities in Shanghai. This, of course, also positions it well to profit if meat substitute demand is driven higher by lack of pork from Germany.