The aerospace company faces a review of its bidding practices, and the tech giant gives back some gains.

An early rally gave way to a decline on Thursday for the Dow Jones Industrial Average (^DJI 2.36%). The Dow was down 0.5% at 1 p.m. EDT today after initial jobless claims for last week came in higher than expected. The Labor Department reported 884,000 initial claims for the week, flat from the previous week but above the median estimate of 850,000 from economists surveyed by Bloomberg.

Shares of Boeing (BA 4.74%) lost ground on Thursday following a report that the company had agreed to an independent review related to bidding practices for its lunar landing vehicle. Apple (AAPL 2.08%) stock was also lower, giving back some of Wednesday's gains.

Boeing's bidding practices to be studied

The problems facing aircraft manufacturer and defense company Boeing go beyond the grounded 737 MAX, manufacturing issues with the 787 Dreamliner, and depressed demand for air travel due to the pandemic. Reuters reported late Wednesday that Boeing would submit to an independent review of its practices related to its bidding for lunar landing vehicles.

Boeing came to an agreement with NASA and the Air Force in August to undergo the review. The company will pay a third party to assess its ethics and compliance programs and to review training procedures for executives who deal with government officials. All of this stems from a criminal investigation into whether a former NASA official improperly interacted with a Boeing executive during a contract bidding process.

Boeing may save itself from severe penalties by agreeing to the review. The company could have potentially been barred from bidding on future space contracts, which would be a big problem given that NASA and the Air Force are the biggest customers for company's space division.

Shares of Boeing were down around 0.8% by early Thursday afternoon. The pandemic crushed the stock earlier this year, and it has only partly recovered. Boeing stock is now down about 51% since the beginning of 2020. 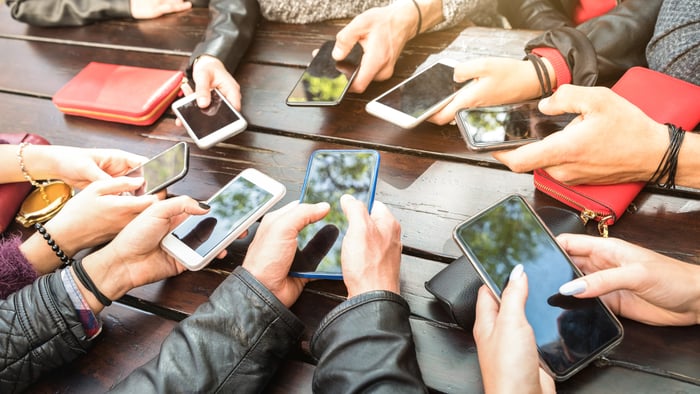 Apple gives back some gains

After peaking at the start of September, Apple stock has tumbled hard along with other high-flying tech stocks. Shares of the tech giant are now about 16% below that all-time high.

Apple stock staged a recovery on Wednesday, clawing back some of that lost ground. By Thursday afternoon, the downtrend had reasserted itself, with the stock down around 1.2%.

Volatility shouldn't be a surprise given its historically high valuation. The stock trades for 35 times earnings, and it traded for a multiple of more than 40 earlier this month. Apple isn't really a growth stock anymore. The iPhone business now consists mostly of persuading current users to upgrade, and the fast-growing parts of the company aren't nearly as big as that core segment. Paying such a steep price for the stock requires some heady optimism.

Apple will launch new 5G-enabled iPhones later this year, but there are a lot of wild cards in play. The company enjoyed strong iPhone sales during the worst of the pandemic, and there are plenty of users of older models no doubt eager to upgrade. But that strong demand was at least partly driven by economic stimulus measures, and Congress is struggling to come to an agreement for additional stimulus.

Add to that an elevated unemployment rate and the most-uncertain economic environment in recent memory. Given that an iPhone upgrade is something that can easily be delayed, the range of possible outcomes for this launch season is very wide.

The stock is still up around 58% this year, but those gains could be at risk if the company starts disappointing investors.