Please ensure Javascript is enabled for purposes of website accessibility
Log In Help Join The Motley Fool
Free Article Join Over 1 Million Premium Members And Get More In-Depth Stock Guidance and Research
By Christine Williams – Sep 10, 2020 at 8:30AM

Social distancing has pulled in thousands of new users, but security flaws have been a real issue.

With work-from-home and social distancing policies increasing reliance on video conferencing applications, Zoom Video Communications (ZM 2.19%) has posted record-breaking growth. Investors swooped in and pushed the company's share price 40% higher in a single day of trading, although the entire market did pull back substantially shortly after. But somehow, somewhere, didn't everyone forget the hacking scandals from earlier this year? 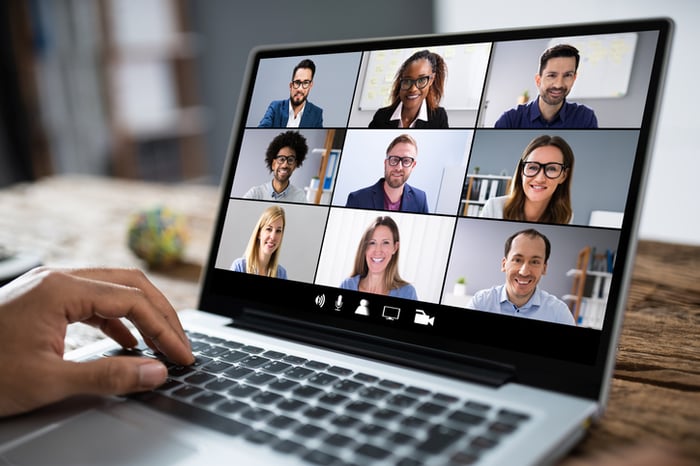 At face value, Zoom posts drool-worthy numbers. The company reported in August 2020 that total revenue had grown 355% year over year to $664 million in the second quarter. These results exceeded the guidance of $495 million to $500 million, as demand remained at heightened levels and more free users were converted to paying customers. Most impressively, current customers with more than 10 employees increased by 105,000 to approximately 370,000. So Zoom is clearly growing at an eye-popping rate.

The company claims to have more than 300 million daily active participants, although total unique user counts have not been disclosed to date. Zoom's popularity may stem from its extremely user-friendly features -- simultaneous screen sharing, group messaging, mobile collaboration, mobile app screen sharing, and the ability to host multiple users in a video call. So people are flocking to it in droves. But therein lies the problem.

Zoom's wild popularity led to very inventive hacking, which splashed across the news earlier this year. Interruptions were varied, ranging from "zoombombing," in which a user or hacker broadcasts inappropriate video across a Zoom call room, to dangerous thefts of private data from user devices.

Large companies and organizations went so far as to ban Zoom from use, turning to competing applications like Microsoft Teams and Google Meet. Google banned company employees from using Zoom on employee laptops, while SpaceX and even NASA prohibited use, all citing security concerns.

The actions made sense at the time, since Zoom actually had such weak security measures back in March and April that they were essentially nonexistent. Of course, after the negative backlash, the company quickly acquired security company Keybase and worked to deploy encryption measures that could better protect its growing user base.

Better but still not perfect

The problem with Zoom's security measures lay in the ease with which hackers were able to enter a user's device. Nowadays, stolen digital data is a huge issue. Our lives are literally there for the plucking. And with millions of people vulnerable through Zoom, that could create a major headache. 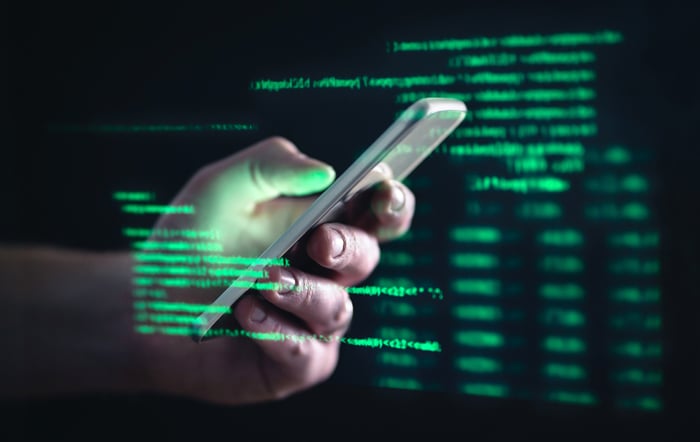 Zoom now offers 265 GCM transport encryption to all users, which means that the connection between the Zoom app and Zoom's server is encrypted the same way the connection between your web browser and, say, this article is encrypted. In other words, when you have a Zoom meeting, the video and audio content will stay private from anyone spying on your Wi-Fi, but it will not stay private from the company.

The company stated that it is working toward an end-to-end encryption add-on feature, but for a Zoom meeting to be end-to-end encrypted, the video and audio content would need to be encrypted in such a way that only the participants in the meeting have the ability to decrypt it. That is, Zoom itself would not have the technical ability to listen in on Zoom meetings -- which is very important, if the users happen to be large organizations exchanging sensitive information.

Fortunately, Zoom has finally realized the importance of protecting user data. This growing tech stock has access to millions of people, and that number will continue climbing as Zoom's paying customer base rapidly expands. Imagine, millions of potential hacking targets.

However, Zoom has adroitly turned its hacking scandals into a source of future business inspiration, opening up a world of new clients if it does eventually offer true end-to-end encryption. And with this improved approach to security, Zoom may eventually shine as a new leader in the video conferencing industry.