That would be around 15.6 times sales.

Unity Software, maker of the most popular game engine used on mobile platforms, filed its initial S-1 Registration Statement with the SEC last month. The company submitted an updated version of the regulatory document that filled in some key blanks last week, most notably including an expected pricing range.

The company now expects that the IPO will price in the range of $34 to $42, which would peg the company's valuation at $9 billion to $11 billion. That's nearly double the $6 billion valuation that Unity fetched in a private funding round in the summer of 2019, which had also doubled the valuation. 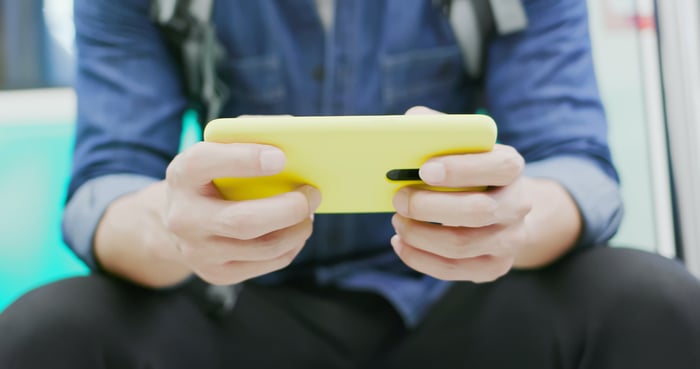 Here's what else that expected valuation means for prospective investors that are considering buying shares (myself included).

Raising up to $1 billion

With an estimated pricing range in hand, Unity now expects to raise approximately $894 million in fresh capital from the offering, based on the midpoint of the range. If underwriters exercise their options to purchase additional shares, the net proceeds could be a little over $1 billion.

Unity says it plans to use $125 million of the proceeds to pay down existing debt that the company took on to increase financial flexibility and liquidity amid the COVID-19 crisis, with the rest being used for general corporate purposes or potential acquisitions.

At the midpoint, Unity would have a $10 billion valuation, or approximately 15.6 times sales. As of the second quarter, Unity had generated $640.3 million in trailing-12-month (TTM) revenue. Compared to a year ago, TTM sales are up nearly 40%, helping to justify that valuation.

Unity doesn't have many directly comparable peers, particularly any that are publicly traded. One of its chief rivals is Epic Games, a private company that is currently embroiled in an escalating legal war with Apple over the App Store's 30% cut. Epic closed a funding round last month that valued the company at $17.3 billion, after reportedly generating $4.2 billion in revenue in 2019.

That would imply a relatively more modest 4.1 price-to-sales ratio, although it's an imperfect comparison because Epic's financials are not readily available. The timing is mismatched, and the 2019 revenue data point doesn't incorporate the surge in sales that Fortnite has enjoyed this year during the pandemic.

Unity's apparent premium relative to Epic could be warranted for a few reasons. First, the company is growing faster (Epic's revenue declined from 2018 to 2019), although that's admittedly easier with a smaller revenue base. Second, Unity could be a direct beneficiary of Epic's battle with Apple, as developers are already starting to shift from Epic's Unreal Engine to Unity's platform due to the operational risks that developers might bear even though they aren't directly involved in the dispute.

Unity shares might be worth it once they hit the public markets.

Is the Worst Now Over for UiPath Stock?