Please ensure Javascript is enabled for purposes of website accessibility
Log In Help Join The Motley Fool
Free Article Join Over 1 Million Premium Members And Get More In-Depth Stock Guidance and Research
By Rich Duprey - Sep 14, 2020 at 8:32AM

Changing consumer tastes caused the craft brewer to do what was once believed unthinkable.

Boston Beer (SAM -0.26%) is jumping on the non-alcoholic beer bandwagon with a new brew scheduled to appear in 2021.

Although founder and CEO Jim Koch once said the Samuel Adams brewer would never make near-beer, he recently said in a statement, "I've learned over the years never to say never." Boston Beer plans to introduce Just the Haze, an India pale ale with 0.5% alcohol by volume, early next year. 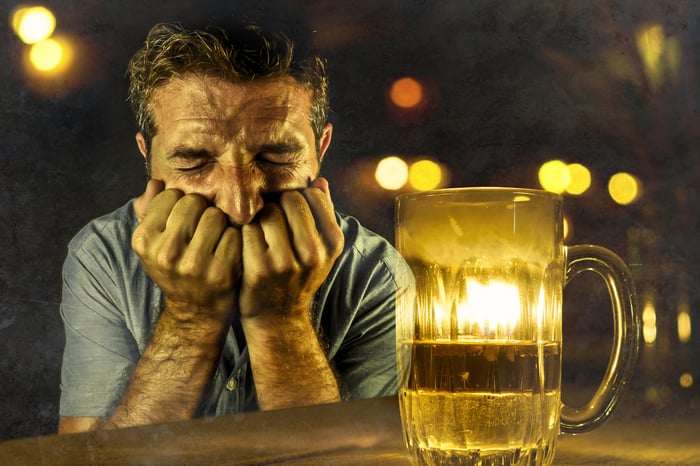 The near-beer trend gained a lot of momentum last year as Anheuser-Busch InBev (BUD 0.84%) and Molson Coors (TAP 0.02%) flooded the market with various brands of no- and low-alcohol beer. Anheuser-Busch has said it wants the category to account for one-fifth of sales by 2025.

Non-alcoholic beer originally gained popularity during Prohibition, but the repeal of the Volstead Act caused it to virtually disappear from the market. Until recently, Anheuser-Busch's O'Doul's was arguably the best known near-beer, but as consumers' tastes changed toward lighter, healthier options, the big brewers began introducing more options.

Boston Beer, of course, has been both victim and beneficiary of the change. Although the market for its Samuel Adams lager beer has collapsed over time, it has seen sales of its Truly brand of hard seltzer rocket to become the second biggest on the market.

Molson Coors recently said it will introduce a bevy of non-alcoholic beverages to the market later this year, including a non-alcoholic seltzer with probiotics called Huzzah.

For Boston Beer, however, between its hard seltzer, cider, tea, kombucha, and now near-beer, the brewer makes more non-beer beverages than beer.