The aspiring maker of battery-electric and hydrogen-electric trucks issued a response today.

Nikola (NKLA 9.62%) today released a rebuttal to the fraud allegations made last week by short-seller Hindenburg Research. Since the publication of the report calling the company an "intricate fraud," Nikola shares have dropped almost 20%.

Hindenburg began its report with 24 bullet points ranging from attacks on the character of Nikola founder and executive chairman Trevor Martin, to claims of nepotism and fictitious reveals of its planned trucks. Today, Nikola responded with a release containing bullet points of its own. 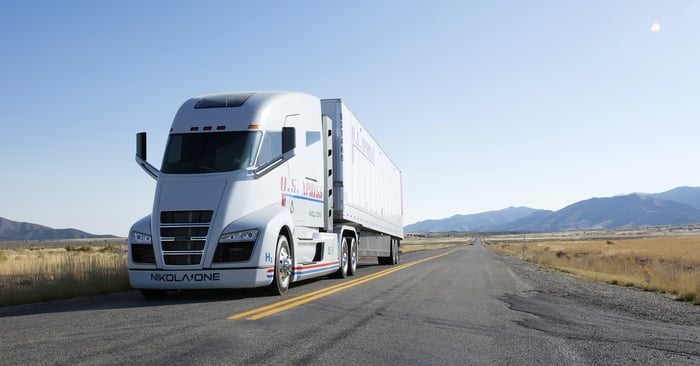 The Hindenburg report came two days after Nikola and General Motors (GM -1.31%) announced a new partnership in which GM will take a $2 billion equity stake in the company, representing 11% ownership. Nikola's share price jumped on that news, and now Nikola says the timing of the Hindenburg report was meant to financially benefit short-sellers, including Hindenburg.

In its rebuttal, Nikola points out that it has been through several rounds of due diligence since 2017 with companies including automotive supplier Bosch, special acquisition company VectoIQ Acquisition Corp., and now GM.

Nikola also reiterated that its plans for the battery-electric semi truck Nikola Tre and hydrogen-electric semi Nikola Two are on track to be in production by the end of 2021 and 2023, respectively. The company also included a link to a 2019 video showing the first Nikola Two freight delivery of Anheuser-Busch InBev (BUD 1.04%) products, which included commentary from the brewer's CEO.

Nikola also characterizes several specific Hindenburg accusations as "false and misleading, and designed to manipulate the market." In the response to one Hindenburg claim -- that Nikola misrepresents a third-party inverter as its own -- Nikola admits that it uses the inverters, but says it never claimed them as its own, and continues to work to supply them in-house.