Video-streaming platforms are producing a ton of new content this year in spite of COVID-19 restrictions.

The entertainment industry will spend more money than ever on content production in 2020 despite the COVID-19 shutdowns in the spring and summer. The production surge is led by digital-streaming services, and nobody is spending more on new content than Netflix (NFLX -0.07%). That's the big takeaway from an Ampere Analysis research report commissioned by the Financial Times. 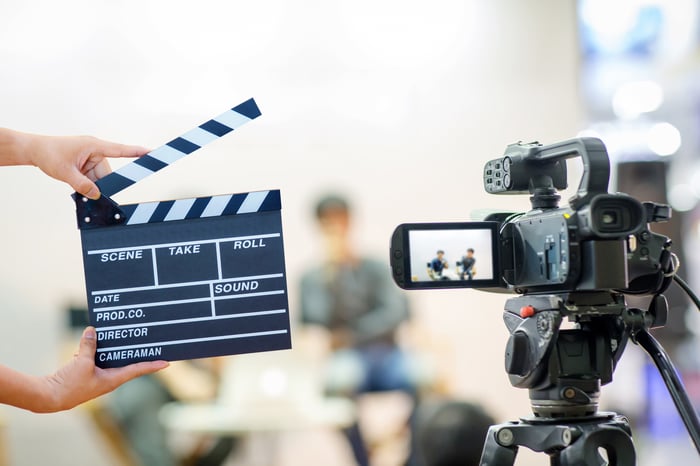 Media production estimates by the numbers

Ampere's report estimates that Netflix will spend roughly $13.6 billion on production and licensing of films and serial shows this year, a $3 billion increase from 2019. ViacomCBS (PARA 2.65%) should land in second place with a $13.5 billion budget, followed by Walt Disney (DIS -1.04%) at $11 billion, and Comcast (CMCSA -0.31%) subsidiary NBCUniversal at $9.5 billion. These figures exclude licenses to cover sporting events.

However, most of this spending is going toward media licenses rather than outright production projects. Even Netflix is funneling most of its content budget into licensing, having earmarked just $4.4 billion for shooting original content.

The pandemic is not expected to cut into the planned release schedule for video-streaming services in 2020, given the long lead times for premium TV shows and movies, but next year's crop should turn out a bit thinner than usual. Furthermore, the spending spree is not universal on a global level. Ampere sees production budgets dropping lower in Europe, where a lack of advertiser interest is making it difficult to find funding for ambitious media productions.

All told, the analyst firm expects the media industry's production spending to land near $206 billion in 2020. This figure includes sporting events and the budgets of many smaller studios.