While the human toll from COVID-19 is apparent, the economic toll varies, as the pandemic is affecting certain industries more than others. The gaming industry, with governments restricting gatherings, is one of the most severely impacted.

Naturally, MGM Resorts International (MGM 0.75%) is not immune. In fact, the company has taken it on the chin. While the casino operator's results are cyclical, management's recent actions suggest that they will not bounce back quickly. 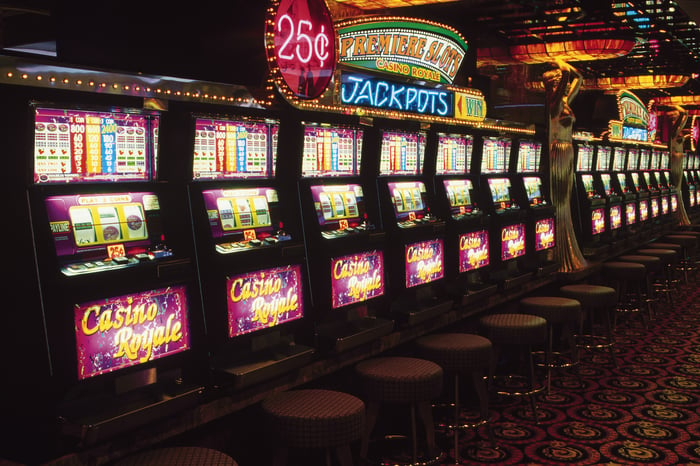 A casino's business is subject to the economic cycle. Therefore, during a downturn, MGM's results are negatively affected. After all, people have less disposable income to travel and gamble.

Not that anybody needed a proclamation, but in June the National Bureau of Economic Research officially declared that the U.S. economy was in a recession. The pandemic adds a level of uncertainty as to how long it will last, but MGM's revenue will undoubtedly remain under pressure until economic conditions improve. Additionally, COVID-19 is causing casinos to limit gatherings, and this is not likely to end anytime soon.

Various state and city governments caused MGM to shut down its domestic casino operations, and both China and Hong Kong's government restricted travel to Macao. Additionally,  officials put other constraints in place, such as capacity limitations. Unsurprisingly, the company's second-quarter results took a big hit, with revenue plummeting by 91% to $290 million.

While MGM started reopening properties during the quarter, management admitted the situation is creating short-term challenges. In its Q2 earnings release, CEO Bill Hornbuckle stated: "As we look ahead, we believe the long-term fundamentals of our business and the broader industry remain intact. However, the near term operating environment will remain challenging and unpredictable as COVID-19 case trends, health and safety protocols, and travel restrictions continue to heavily impact our business."

However, those hoping for a quick turnaround are likely to be disappointed. In late August, management announced it was permanently laying off 18,000 previously furloughed workers. There were 52,000 full-time employees and 18,000 part-timers at the start of 2020, so this is a big portion of its staff. This move indicates MGM is not expecting a quick rebound at its properties.

While this is certainly understandable, it does underscore the long-term challenges and uncertain future presented by COVID-19. It also means that investors can't rely on strong dividends while waiting for results to turn the corner.

If this was a typical recession, MGM's shares, which are down more than 30% this year, might represent a good opportunity. However, with economic weakness stemming from the pandemic and the potential for a dreaded coronavirus resurgence, this is a good time to cash out your chips and sit on the sidelines. After all, a company doesn't virtually eliminate its dividend and turn to mass layoffs if it expects results to quickly turn around.