Ever an ambitious company, Alphabet (NASDAQ:GOOG) (NASDAQ:GOOGL) now aims to make its core Google business entirely carbon-free within a decade.

In an interview with Reuters, Alphabet CEO Sundar Pichai said that Google's sprawling network of data centers and offices will be powered by electricity that is entirely emissions-free by 2030. This deepens the company's commitment to renewable consumption. It previously set a goal of using only renewable energy in its operations. 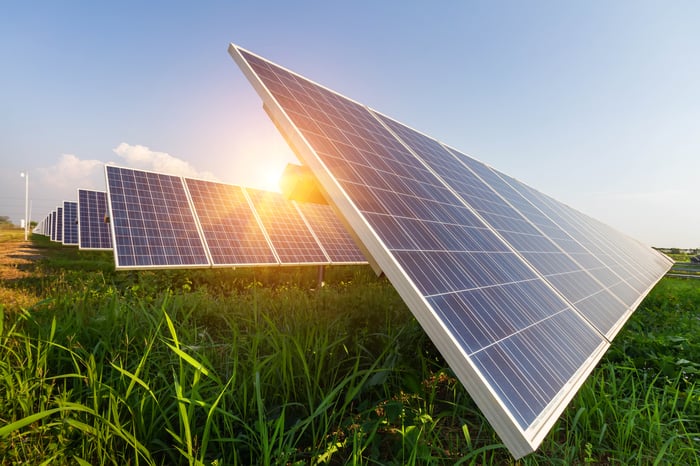 "The problem is so immense, many of us need to lead the way and show solutions," Pichai told the news agency. "We're one small player in this, but we can set an example."

Alphabet/Google plans to achieve this by ramping up its use of geothermal energy and relying on batteries that store solar power. The company also aims to improve its management of power resources generally.

Alphabet is overwhelmingly dominant in the bustling segment of online search, with Google's market share estimated at over 90%. The company has numerous business units and is active in many different areas of tech, but search remains what it is most strongly identified with.

Google isn't that far from its goal of 100% renewables consumption. According to the article, such "green" sources comprised 61% of its worldwide hourly electricity usage in 2019. However, there are significant disparities across different Google facilities. One Oklahoma data center had a rate of 96%, for example, while a facility in Singapore came in at only 3%.

On Tuesday, both classes of Alphabet stock rose on the day to eclipse the gain posted by the S&P 500 index.