The COVID-19 pandemic continues to hurt the company's sales.

Global economies may be reopening after COVID-19-triggered lockdowns, but the pandemic isn't offering Caterpillar (CAT 0.19%) any respite yet. Each month, Caterpillar releases statistics for its global retail machinery sales for the previous three-month rolling period to offer insight into the company's performance on an ongoing basis. The industrial conglomerate's latest sales numbers for the three months ended in August show no improvement over its July-ending period.

In fact, a key geographic region that had showed promise reported lackluster results, and that's exactly why Caterpillar's latest sales figures mark the ninth straight month of declines. For the three months ended in August, the company's worldwide machinery sales dropped 20% versus the year-ago period. Its July-ending sales fell just as much, but there's a difference.

Getting hit from all sides

Here's what Caterpillar's latest report looks like, broken down by segment and geographic region. Note that the "total" includes sales from Caterpillar's third segment, energy and transportation.

Evidently, the mining and construction giant is feeling the pressure from all sides. One region that stands out is Asia-Pacific. Total sales from the region rose 7% and 5% during the three months that ended in June and July, respectively. It was a lone silver lining. Caterpillar's management had even called Asia-Pacific a "bright spot" during the company's second-quarter earnings call, backed by an uptick in demand from China in particular. The drop in August sales from the region, therefore, comes as a downer and suggests it might be too early to expect a recovery. Asia-Pacific was Caterpillar's second-largest segment after North America in 2019. 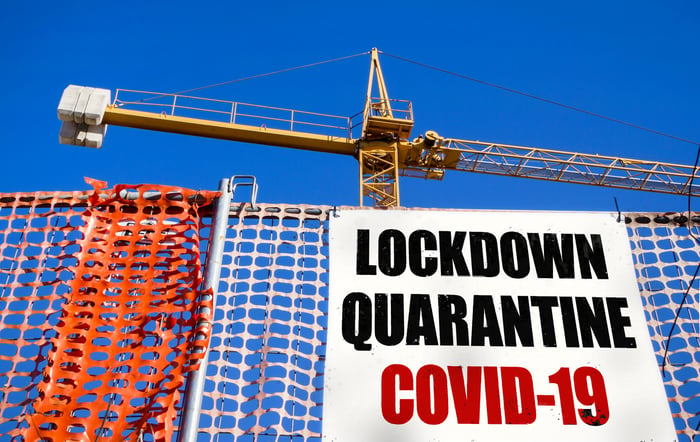 For its energy and transportation segment, Caterpillar breaks down sales by end-user market. Here's what the numbers look like for the period ending with August:

Declining demand from sectors like oil and gas and transportation isn't surprising given the oil-price rout and low movement of goods and services as most end markets and industries barely operated during the last quarter. Power generation, though, has shown remarkable strength, with sales rising in the three months ended in July and August. During its Q2 earnings conference call, management said strong demand for data centers and emergency power drove the segment.

Caterpillar shares may have rallied a staggering 50% in the past six months, but the company's retail sales numbers aren't showing any clear signs of a recovery yet.