The number of cashless merchants has more than doubled since February.

The COVID-19 pandemic has accelerated the trend toward cashless transactions and the digit economy, according to a new survey by mobile payment company Square (SQ 0.61%).

Before the pandemic, in February 2020, 5.4% of Square sellers in the US were cashless, which Square defines as any business accepting more than 95% of their sales by in-person credit or debit card payments, online payments, or contactless payments. By April, that number soared to 23.2% and by August, when many stay-at-home restrictions were lifted, it settled at 13.4%. Still, the number has more than doubled.

Regarding payments transacted by Square sellers, the share of cash transactions dropped from 37% in February to 33% in April at the height of the shutdowns. That 33% was holding steady by the end of August. In August 2019, the share of cash transactions was 40%, so there has been a 7 percentage point drop. Square officials said that sizable one-year drop was expected to take three years to achieve. 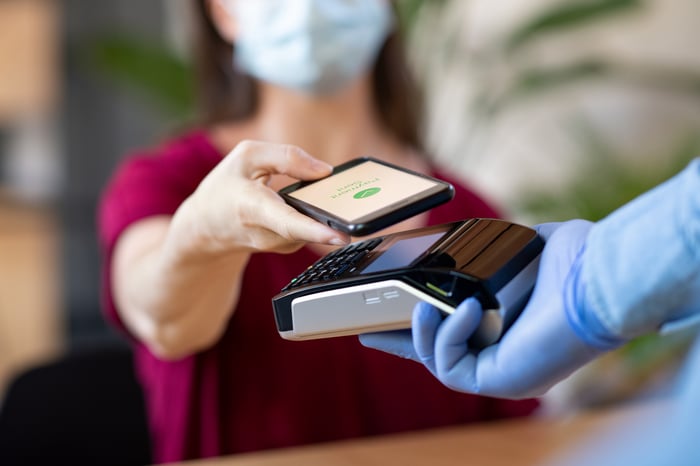 "These new findings show a significant and stabilizing increase in cashless adoption rates compared to pre-pandemic, with business owners increasingly reliant upon contactless and online payments and consumers utilizing those alternatives," Square economist Felipe Chacon said. "This signals that COVID-19 has already had what will likely be a lasting impact on consumer behavior."

Square's stock price is up 8% in trading on Tuesday. Year to date, Square is up about 149%.