FedEx and UPS would be next in its sights, although pretty far off.

A study by the DePaul University Chaddick Institute for Metropolitan Development released last week found that from May to July, Amazon grew its fleet of cargo planes at the fastest rate since it began building out the business. 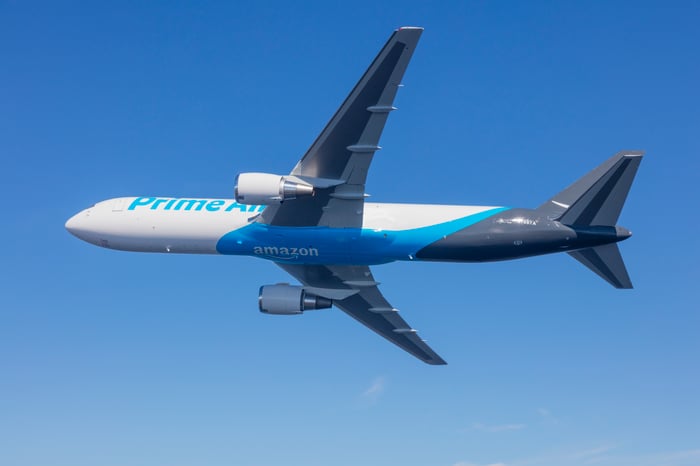 The study's authors said that Amazon added nine planes to Prime Air during the three-month period, bringing its fleet size to a total of 50, for a 21.4% increase. They also note that since the end of their study, Amazon added four more planes and is expected to add another four, possibly by the end of the year.

Air Transport Services Group (ATSG -0.12%), a contract cargo carrier operating many of Amazon's planes, announced in May that a dozen more planes would be added in 2021, which would bring the total to over 70, with possibly as many as 80 planes altogether. That would put it ahead of DHL, which currently has 77 planes in its fleet.

Amazon still has a way to go to catch up to UPS, which flies 275 planes, or FedEx, which has 463, but its rate of growth could eventually make that attainable.

The DePaul study found that despite global air cargo traffic falling 20% in June and July, Amazon's daily flight activity increased more than 27%, and it believes it could have grown as much as 33% since April.

Although Amazon has said it is only interested in better serving its own customers, it increasingly appears poised to take on the industry giants in third-party delivery.