Moderna (MRNA 0.46%) and Novavax (NVAX -1.80%) are two of the hottest companies in biotech, thanks to a long summer of wild growth and positive clinical trial results. Neither company has a proven track record, recurring revenue, products on the market, or anything approaching profitability. But both have rapidly progressing coronavirus vaccine programs funded in part by the U.S. government, and both have seen their stock prices soar over the last year as a result of speculation.

It's impossible to predict whether one of the two might eventually win the coronavirus vaccine race, though right now it looks like Moderna's program is more advanced. Is this early-mover advantage enough to make Moderna a better stock, or does Novavax have a few tricks up its sleeve to level the playing field? To answer this question and decide which is the better option for investors, we'll need to investigate what each company has in its favor aside from their coronavirus candidates. 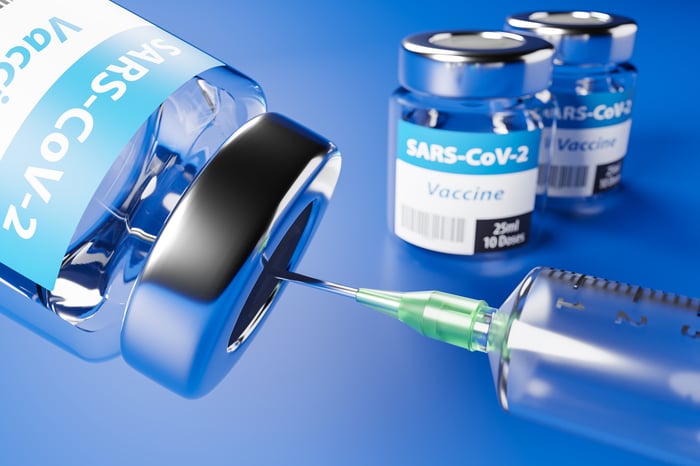 The first thing investors should realize about Moderna is that the company's development pipeline is decidedly in its early stages. Aside from its coronavirus candidate, the company's most advanced programs are its cytomegalovirus (CMV) vaccine, its "personalized cancer vaccine," and its regenerative therapy for coronary heart disease, all of which are in phase 2 clinical trials with expected data readouts next year. While these programs appear promising, it's difficult to assess how profitable they might be for Moderna if they are brought to fruition.

For CMV in particular, healthy people frequently don't experience any symptoms even if they are infected, so it seems unlikely that Moderna's candidate would be a hot seller even if it is approved. In contrast, the company's mRNA-4157 therapeutic vaccine for cancer has the potential to be big; management suspects it could improve the efficacy of newly proven oncology treatments like Merck's (MRK 1.59%) Keytruda for melanoma.

There's just one catch: mRNA-4157 is being developed in collaboration with Merck, and that company will capture 50% of the global profits from the sale of the therapy if it is approved. It's also unclear whether Moderna's product could ever stand alone as a therapy or whether it would need to be administered with a drug like Keytruda to benefit patients. In summary, mRNA-4157 could be great for patients, but Moderna may not experience a large windfall because of it.

Unlike Moderna, Novavax has a pair of late-stage vaccine programs aside from its coronavirus candidate (which is currently in phase 2 clinical trials). While the company has experienced a slew of setbacks with ResVax for respiratory syncytial virus (RSV), its NanoFlu for seasonal influenza appears on track to obtain regulatory approval after meeting the primary endpoints in its phase 3 clinical trial. The company estimates the market for flu inoculations is larger than $4 billion in the U.S. and the five largest E.U. economies, so even a relatively small market share would still be lucrative.

Furthermore, influenza vaccines are favorable products because demand is cyclical and relatively steady. That's not the case with other inoculations, some of which are only required once per decade or once per lifetime. NanoFlu was proven more effective than the leading vaccine, Fluzone by Sanofi (SNY 2.42%), in a direct comparison, so there's a chance Novavax will be able to gain an appreciable market share right off the bat even though the market is packed with competing products. This is great news for investors because it indicates that Novavax will soon have reliably recurring revenue even if its coronavirus candidate fails in clinical trials or enters a tightly competitive market. 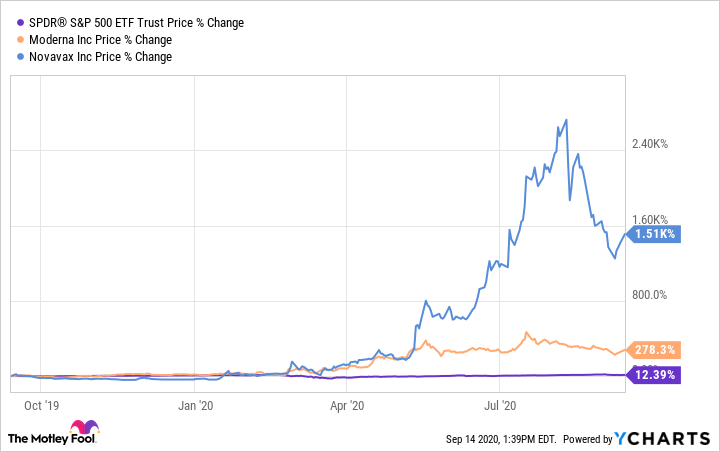 In my view, Novavax is the better buy today because the company will have a proven and in-demand product on the market relatively soon. NanoFlu doesn't have any remaining clinical hurdles to clear, so it's only a matter of time until it starts to generate sales revenue. It would be icing on the cake if Novavax's coronavirus candidate is shown to be effective, but it isn't necessary for the company to grow its revenue.

The same cannot be said for Moderna. If Moderna's COVID-19 candidate fails, the company's other projects may not deliver the revenue it needs to grow, even if they are eventually approved, because of potentially small markets or shared profits. So, between these two companies, it's the riskier option, and that makes it less desirable.