If you think this week's shiny new star won't come down you may want to check with folks who got in on the Peloton, Netflix, and Facebook debuts.

If you missed out on Wednesday's debut of Snowflake (SNOW -8.29%) you weren't alone. The fast-growing cloud-native data management system provider is one of this year's hottest IPOs, but even the folks jumping on the shares the moment that they hit the market didn't exactly get in on the offering.

Snowflake priced at $120, but the shares more than doubled at the open -- crossing the wires on its first trade at $245. With revenue surging 174% in its previous fiscal year, existing customers over the past year spending 58% more than the year before, and even Warren Buffett punching in as an early investor, it's easy to see why the market is smitten by Snowflake.

Despite the flurry of interest in Snowflake, there is no guarantee that Snowflake will keep climbing even if this week's debutante winds up being a long-term success. Peloton (PTON -4.12%), Netflix (NFLX -0.27%), and Facebook (META -1.19%) are three stocks that would go on to trade as broken IPOs before trouncing the market averages. Let's check out the fall and rise of these three Wall Street winners that stumbled out of the gate. 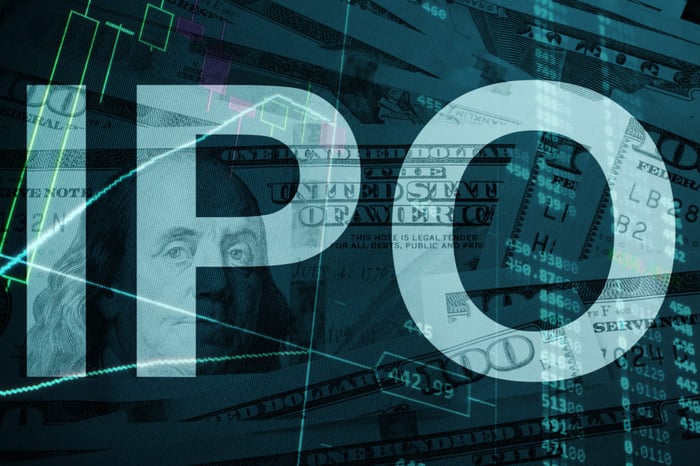 One of the top performers of the 2019 IPO class is Peloton. The speedster of high-end home fitness has been a wild ride since going public at $29. It wasn't a hit out of the gate the way Snowflake was this week, and a few months later it was trading as low as the high teens. Peloton has revved back into investor fancy this year in a major way.

Peloton was already growing quickly before the pandemic, but the COVID-19 crisis helped accelerate the trend for workout gear that could duplicate the gym experience at home. The number of folks with Peloton stationary bikes and treadmills has more than doubled over the past year, and revenue soared 173% in its latest quarter. The stock is now trading north of $80, nearly a five-bagger from its springtime bottom.

The biggest gainer among S&P 500 components over the past decade has been Netflix, but it wasn't always a life-altering wealth creator. The streaming video pioneer that got its start sending DVDs by mail was a modest hit after going public in 2002 at $15 -- a split-adjusted debut price of $1.07 -- trading more than 20% higher a few weeks later.

However, with disc-renting kiosk operator Redbox also launching in 2002 and Blockbuster Video stores popping up everywhere, the market cooled on Netflix's prospects. Five months after its IPO the shares would go on to shed as much as two-thirds of their initial value. We know how kind history has been to Netflix. It has nearly 193 million paying streaming accounts worldwide, and the stock has turned out to be a 450-bagger since its IPO starting line.

The world's leading social networking company is another dot-com darling that spent a year as a dot-com dud shortly after its Wall Street premiere. Underwriters priced Facebook at $38 in 2012, and it seemed like a fair starting point at first. The stock opened at $42.05 on its first day of trading, drifting as high as $45 minutes after its launch.

Facebook would go on to buckle below its $38 price by its second day of trading, and that's where it remained as a broken IPO for more than a year. Like Peloton, Facebook would also be available in the high teens a few months after its exchange listing. The controversial online bellwether would go on to earn a thumbs up from the market in the years after that, and the stock has climbed sevenfold from its IPO price.

Obviously Snowflake had a much stronger debut than Peloton, Netflix, and Facebook. It would have to be cut by more than half to join the three stocks as a broken IPO. Some debutantes hit the ground running without looking back. However, some of today's biggest stars weren't always winners. Investing in IPOs is risky, and even the best of stocks don't just go straight up.