Tesla's stock is up about 440% this year after recovering from a recent 30% correction, and others have been riding its coattails.

Shares of Tesla (TSLA 0.08%) continue to defy gravity, but it's not the only electric-vehicle maker with outsize returns in 2020. In a world moving more quickly toward renewable energy sources, there's reason for excitement for a product that can successfully replace the internal combustion engine.

But if you're an investor, you need to know whether these valuations are justified, or if you're going to be a victim of another stock market bubble. 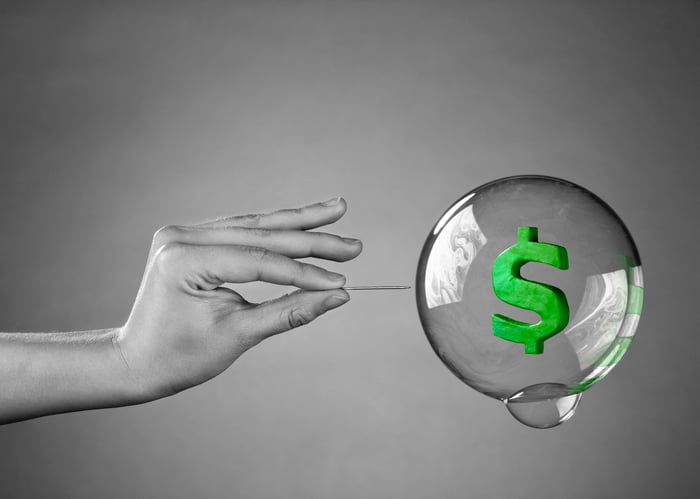 Among the manufacturers of battery-electric vehicles (BEVs), Tesla certainly is the first-mover and leader in mass production. While Chinese manufacturers are also growing sales, production volumes are much lower. NIO (NIO 8.60%) reported July sales increased by 322% year over year, and followed that up with record August deliveries that more than doubled versus 2019. At almost 4,000 vehicles, however, that's only about 10% of Tesla's volume. And newly public XPeng (XPEV 14.85%) has delivered barely over 20,000 units of its electric crossover and sedan as of July 31.

In the U.S., there are several more that plan to begin production in the near future. These include Rivian, Fisker, Workhorse Group (WKHS 4.31%), Nikola (NKLA 9.62%), and Lordstown Motors.

What about the potential bubble?

Fisker and Lordstown Motors have both announced plans to become publicly traded through a merger with a special purpose acquisition company (SPAC). Fisker will be acquired and brought public by Spartan Energy Acquisition (SPAQ), and Lordstown plans to close its merger with DiamondPeak Holdings (DPHC) later in 2020.

Share prices of the SPACs have already been driven up, and all of these stocks (excluding XPeng, which just started trading last month) have had outsize returns this year. 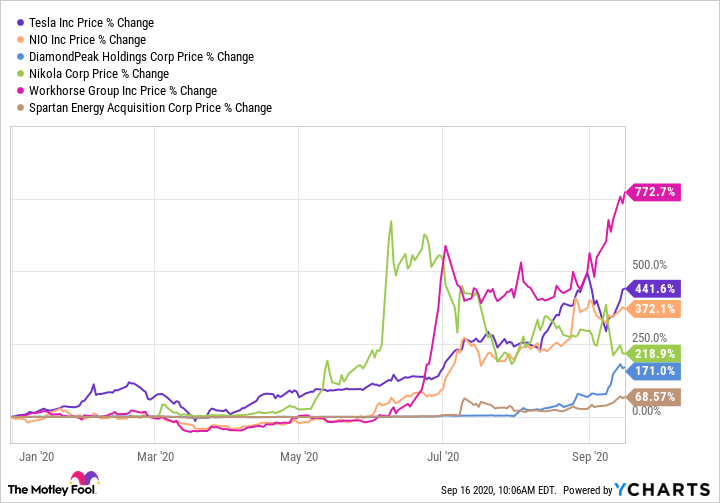 Competition is on the way

Tesla has had the BEV market to itself as it has ramped up production and sales. That has kept investors satisfied as they bid up shares hoping the long-term outcome is a vertically integrated renewable energy company, with electric vehicles, solar panels, and leading battery and energy storage technology.

While that all may come to fruition, investing on hope can lead to outlandish valuations. And legitimate competition is coming from other BEV manufacturers, including established automakers.

Valuations are difficult to gauge on these EV start-ups, as some don't even have sales, let alone earnings. Using those metrics for the companies that do shows price-to-earnings and price-to-sales ratios beyond what make sense with the business fundamentals. 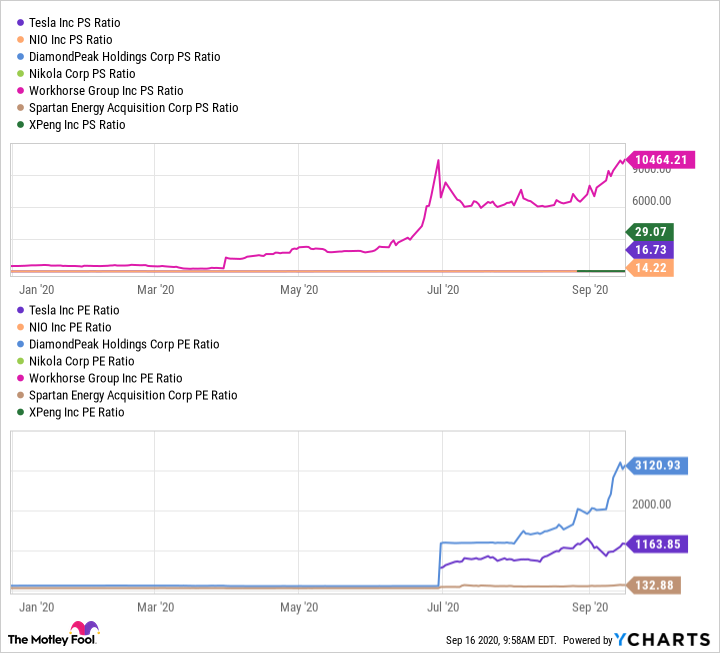 There's nothing wrong with speculative investing with a small portion of a portfolio. By definition, these types of investments have long-term time horizons when a company's product or technology is cutting-edge. But when speculation by a large group of investors quickly drives share prices beyond any reasonable form of valuation, it's called a bubble.

Tesla may live up to expectations and be a dominant player in the BEV, battery, storage, and solar-panel markets. But its share price acceleration, along with that of other new players in the sector, shows the makings of a market bubble. Investors may be smart to remain on the sidelines until that bubble bursts before adding money into many of these names.