The Chinese tech giant wants to "break boundaries" by upgrading its AI products and services.

Baidu (BIDU 4.72%) recently hosted its annual Baidu World Conference in Beijing to showcase its latest technologies. The theme of this year's conference was the "Intelligence of Everything," with a heavy emphasis on artificial intelligence (AI) technologies in cars, wearables, and other connected devices.

Let's examine four of these new AI technologies, how they'll expand Baidu's ecosystem, and whether or not they can strengthen its core business -- which still faces stiff competition from growing rivals like Tencent (TCEHY 3.69%), Alibaba (BABA 4.79%), and ByteDance. 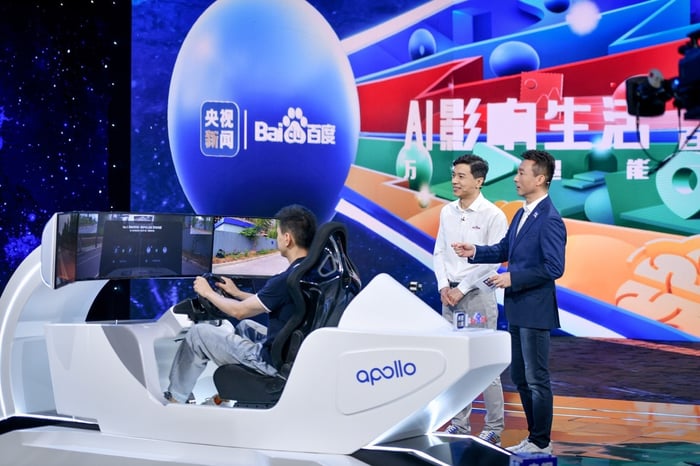 Baidu also showcased a fully autonomous robotaxi, which can carry passengers without a backup driver, and a new autonomous valet parking feature, and revealed a 5G "remote driving" feature which will allow human drivers to remotely control vehicles in case of emergencies.

All these technologies are built on Baidu's open-source software platform Apollo, which is already used by over 100 auto and tech companies globally. Baidu notably signed several new driverless agreements with Chinese automakers over the past half year -- which will likely widen its lead as the country's top provider of driverless technologies.

Five years ago, Baidu launched a voice-activated assistant called Duer. In 2017, it expanded Duer into a full-blown ecosystem with DuerOS, which can be installed on other hardware devices. DuerOS now processes over 5.8 billion voice queries per month and is equipped with more than 4,000 skills.

During the conference, Baidu introduced its newest version, DuerOS 6.0, and declared it would "power even more applications and fulfill even more user needs." Its first DuerOS 6.0 product, the XiaoduPods, are a pair of wireless earbuds which provide voice-controlled search, navigation, calling, and music functions.

The XiaoduPods will expand Baidu's Xiaodu's brand beyond smart speakers and screens and potentially widen its moat against Alibaba in China's smart-speaker market. Expanding its search engine beyond PCs and phones into speakers and earbuds could also shore up its defenses against Tencent, which is integrating searches into its WeChat messaging platform and mulling a takeover of Baidu's top search rival Sogou (SOGO). 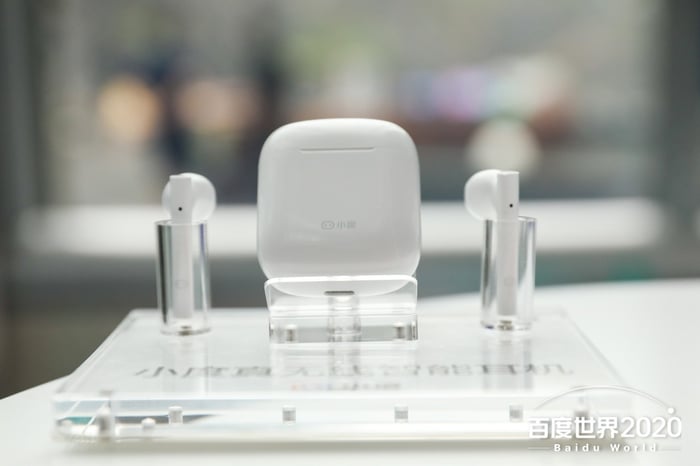 Baidu also introduced a new DuerOS-powered virtual assistant app called Duxiaoxiao, which is personified by an animated avatar. Baidu claims the app "not only provides users with a range of information and services," but "users can also directly converse with the app to help solve everyday life questions."

If Baidu can glue together its mobile app, autonomous cars, smart speakers, and other connected devices with DuerOS and Duxiaoxiao, it could future-proof its business and silence the critics who consider it an also-ran in China's rapidly evolving tech market.

4. An upgrade for Baidu Brain

Last but not least, Baidu released its upgraded Baidu Brain 6.0, the underlying AI infrastructure for its industrial applications and cloud platform. Baidu Brain is already one of the largest open AI platforms in the world, with 270 core AI capabilities for 2.3 million developers. The company expects it to become a "key driver" in the "intelligent transformation of a wide range of industries."

During the event, the company showcased Baidu Brain 6.0's capabilities by letting younger "virtual" versions of CEO Robin Li and CCTV host Kang Hui -- which were modeled after their appearances, movements, and voices -- hold conversations with their real-life counterparts.

But will these AI efforts generate fresh growth for Baidu?

Baidu's AI upgrades are impressive, but none of these new products and services will significantly reduce its dependence on digital ads and its struggling streaming-video unit iQiyi in the near future.

But over the long term, Baidu could fulfill its new mantra of "breaking boundaries" by leveraging its AI technologies to expand beyond text-based searches on PCs and mobile devices. That expansion could help it keep pace with Tencent, Alibaba, and other big ecosystem rivals.