No news is good news for the coronavirus-focused biotech.

Shares of Inovio Pharmaceuticals (INO 2.23%) were bouncing back somewhat on Friday after Thursday's sharp decline. The stock was up 6.1% as of 11:22 a.m. EDT today after rising as much as 7.7% earlier in the day.

Inovio didn't report any new developments. Instead, the partial rebound is likely the result of investors optimistic about the company's prospects buying on the dip. It's also possible that some short-sellers could be covering their positions before the weekend as a precaution in case Inovio announces good news before Monday. 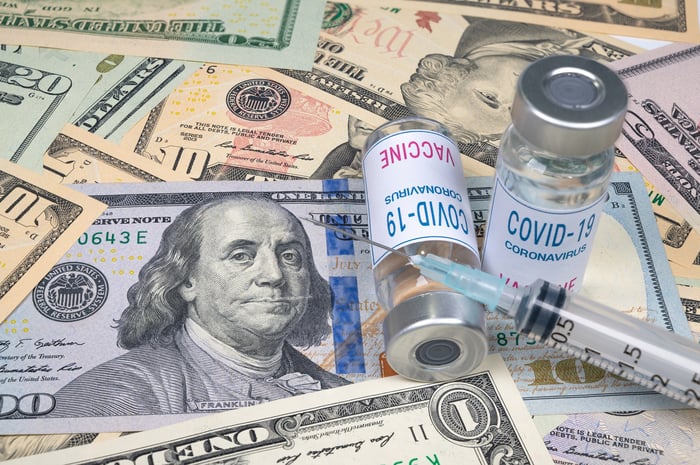 Relatively small stock moves on no news aren't anything to get excited about. That's especially true when trading volume is lower than normal, as is the case for Inovio today. But it's not a bad idea to examine why some investors are optimistic (and why some short-sellers might be nervous).

There seems to be a good chance that Inovio will have positive news to announce in the near future. CEO Joseph Kim confirmed at the Cantor Virtual Global Healthcare Conference on Thursday that a peer-reviewed publication of phase 1 results for the company's coronavirus vaccine candidate INO-4800 is on the way within the next few weeks. Kim also sounded confident that Inovio would be able to begin its phase 2/3 clinical study of INO-4800 in September, although the biotech still awaits Food and Drug Administration approval to initiate the study.

In addition, Kim remains optimistic that Inovio will obtain external funding for its phase 2/3 clinical testing of INO-4800. He stated at the Cantor conference that the company believes it will line up funding "sometime in September."

Granted, CEOs typically spin their company's stories as positively as possible. But publicly overstating prospects can open the door for potential lawsuits. Investors and short-sellers can't dismiss the real possibility that Inovio will have several positive developments soon, providing key catalysts for the biotech stock.

Based on Kim's public comments, look for Inovio to have some important announcements over the next few weeks. The most important thing to look forward to, though, is how INO-4800 fares in the expected phase 2/3 studies. If all goes well, the company could be on track to obtain FDA emergency use authorization for the coronavirus vaccine in the first half of 2021. But there are plenty of hurdles for Inovio to clear before that happens.

Why Inovio Pharmaceuticals Is Gaining Today
358%