I took a look at three stocks to avoid last week, and I was well off the mark. One of the three stocks did surrender 7% of its value, but a 52% surge from a previously out-of-favor office furniture specialist sealed my fate. The average pick gained 17% for the week, well ahead of the market's 0.6% slide. 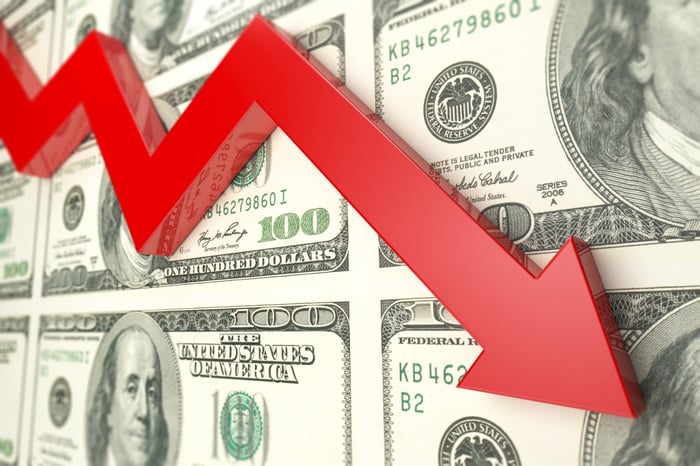 Not every consumer-direct online e-commerce platform is thriving in the current climate. Stitch Fix is the undisputed leader in curated clothing "fixes" that it provides for what is now 3.4 million active clients. Its client base has grown 9% over the past year, but net revenue went the other way -- declining 9% for the fiscal third quarter that ended in May.

Obviously that particular three-month period was rough for a lot of companies, and this week it reports what should be improved results for the three months ending in August. Stitch Fix was limited in the guidance it was able to provide back in June, but it did forecast positive top-line growth after adjusted for an extra week a year earlier.

Apparel in general has been hit hard during the COVID-19 crisis, particularly Stitch Fix offerings, which are stylish duds fit for a casual workplace or a friendly outing. We don't need as many "fixes" as we used to, and the real surprise is that most clients remain on "auto ship" status where they receive new outfits at set subscription intervals. The economy is showing signs of life, but I'm skeptical that all of the news in the Tuesday afternoon report will be positive.

The world's largest cruise line operator saw its shares sink 13% last week after offering up a disappointing summary of its latest quarter. Its cash-burn rate is improving, but that's about it in terms of upbeat news.

Carnival revealed that it will be disposing 18 of its ships this year, a few more than it had initially announced. Its own sailings continue to be delayed through early November -- for now -- but it did announce that its P&O line wouldn't sail again until next year. Passengers on nixed voyages are also starting to lose faith. We're now down to just 45% of Carnival customers on canceled cruises opting for enhanced credit on future sailings.

Cruise line stocks sometimes bounce back after an off week, but it only seems like a matter of time that Carnival delays sailings for its flagship chain, the percentage of disgruntled passengers clamoring for refunds goes up, and the prospects for the industry to truly recover anytime soon continue to dim.

Last week's Snowflake IPO lived up to the hype. The cloud-native data storage and analysis platform was originally set to go public as low as $75, but strong demand boosted the price $120. It wasn't enough. The stock opened at $245, and that's pretty much where it closed out the week three trading days later.

There's a lot to like when it closes to Snowflake. Revenue skyrocketed 174% last year, and its dollar-based net expansion rate over the past year is clocking in at an impressive 174%. There is a lot of investor interest in the stock, but is it really worth more than double last Wednesday's IPO price or roughly triple what underwriters figured Snowflake would be worth earlier this month?

The long-term outlook for Snowflake is undeniably compelling, but right now this seems to be a stock that got more than a bit ahead of itself out of the gate.

If you're looking for safe stocks, you aren't likely to find them in Stitch Fix, Carnival, or Snowflake this week.

Should You Buy the Dip on Carnival Stock?
370%