As of Sept. 21, the major indices have been on their third consecutive week of losses, with the tech-heavy Nasdaq 100 down nearly 13% from its peak. There are many reasons for this sudden correction, including excessive buying of call options on tech stocks, uncertainty surrounding a second coronavirus stimulus package, and a second wave of COVID-19 infections sweeping Europe.

During tough times, the best defense is a good offense. In other words, instead of buying companies at a discount that are struggling, one should invest in businesses that can post strong revenue growth no matter what. Let's look at three stocks that fit these criteria and why they're good places to invest $1,000. 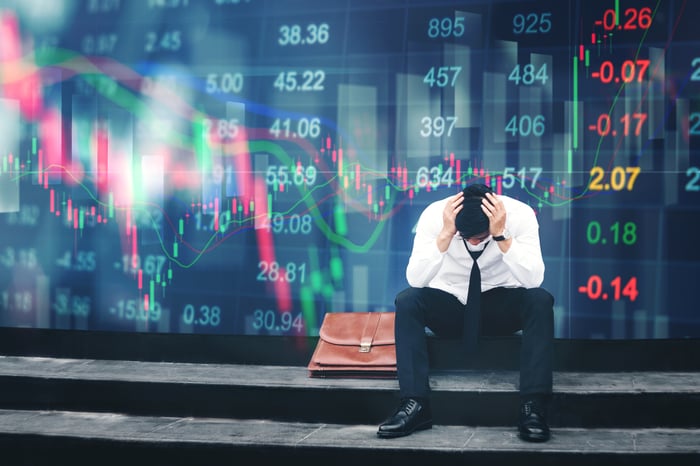 So far, 2020 has been a fantastic year for video game developer Activision Blizzard (NASDAQ:ATVI) as COVID-19-related lockdowns led many people to take up video games to mitigate the boredom of isolation. In the first half of the year, the company's monthly active users increased from about 345 million in Q1 2019 to about 415 million. Activision Blizzard also blasted through its guidance for Q2 2020, bringing in $1.9 billion in revenue and $0.81 in earnings per share (EPS), compared with $1.4 billion in revenue and $0.53 in EPS for Q2 2019.

The increase in sales was primarily the result of growing user count in the company's Call of Duty, World of Warcraft, and Candy Crush franchises. The latter reclaimed its place as the top-grossing franchise in U.S. app stores. In the near term, the company's growth catalysts consist of its Hearthstone expansion, returning players for Overwatch, and the upcoming Diablo Immortal game.

Vertex Pharmaceuticals (NASDAQ:VRTX) recently received approval from both the U.S. Food and Drug Administration (FDA) and the European Medical Agency for its triple-combination therapy drug, Trikafta, which treats cystic fibrosis (CF). There's currently no cure for CF, and if the disease is left untreated, patients' organs can suffer severe damage due to the buildup of thick, sticky mucus.

In clinical studies, Trikafta improved the lung function of patients with CF by 14.3%. There are approximately 68,000 individuals worldwide who suffer from CF.

Don't be dismayed by the small patient size or the seemingly slight efficacy of the drug. In Q2 2020, Trikafta caused Vertex's revenue to increase to $1.5 billion from $940 billion in Q2 20219. The drug's launch also generated as much as $2.61 in earnings per share for the biotech company, compared with $1.26 in the same period last year. By 2021, the company expects Trikafta will be used to treat pediatric patients with CF, as well.

Management expects the drug to generate up to $5.9 billion in revenue for the full year, a massive increase over the $4 billion in sales it brought in last year. The stock trades at a reasonable premium of 13 times price-to-sales and 33 times price-to-earnings.

If investors are concerned about generic competition, rest assured that Trikafta's U.S. and EU patents will not expire until 2037, giving Vertex 17 years of protection for the drug's cash flow. With the stock up close to 50% since last year, this is a company investors interested in biotech will not want to miss.

On Sept. 17, tech giant Apple announced it would be buying TSMC's (NYSE:TSM) entire capacity of next-generation 5-nanometer semiconductors for its iPhone and iPad series. TSMC is the world's largest semiconductor-manufacturing company, and its products are used in computers, smartphones, the Internet of Things, and automobiles around the globe. That's not all -- the company recently announced a breakthrough in the development of new 2-nanometer processors, which may increase the speed and efficiency of electronic devices by up to 40% and reduce their energy consumption by 30%.

Innovation is a key pillar of growth for the company's core business. During the second quarter of 2020, TSMC's revenue increased by 34.1% year over year to $10.4 billion. Simultaneously, the company's net profit margin improved by 11.2 percentage points to 38.9%.

If investors are looking for a sure bet on new technology that will be profitable in the future, look no further than TSMC. The company now boasts an impressive return on equity of 28.5%. In the past year, the company's stock is up more than 80%. Although TSMC is valued at 10 times sales and 28 times earnings, I think the stock's premium is well worth what the company can deliver.