While you can maximize your monthly benefit check by waiting, that may not be what's most important to you.

There are a lot of reasons to start taking Social Security long before you turn 70, but the best reason, without a doubt, is time. The average life expectancy of a person in the United States is 78.6 years. Obviously, few of us are precisely average -- some will live far longer than that, others will die sooner. But the point is that we don't know how much time we'll have on this Earth. Filing for Social Security when you're younger increases the amount of time that you'll get to benefit from it.

Whether you're 22 or 84, more time is not guaranteed, so there's something to be said for enjoying life while you can. People in their early 60s are, on the whole, more likely to be in better health than those in their early 70s, and that means a greater ability do the things you want to do with your free time in retirement. How much time do you want to spend traveling? How much more time would you like to spend golfing? Maybe seeing family? 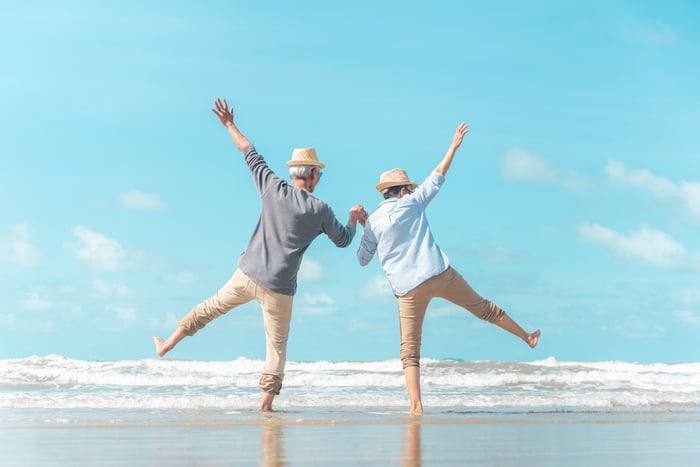 The idea that our health is almost certain to decline in our senior years is a real buzzkill to think about. If you have the unfortunate luck to already be suffering from ailments when you're younger, or if your family has a history of developing certain diseases later in life, you may have excellent reason to choose to start taking Social Security sooner rather than later. Whether you use that money to pay for medical costs, or simply to live the life you want to live while you still can, it may be in your best interest to get access to it earlier.

Of course, there is the much-discussed downside. Taking your benefits early does cut into the size of your monthly payments. Say for instance you decide to start taking your Social Security benefits right at 62. Assume that the full retirement benefit the program calculates for you at that point would be $1,000 a month. That's the figure you'd be entitled to (all other things remaining equal) if you waited until what the government deems your "full retirement age." -- which for anyone not already retired will be from 66 to 67 years old.

According to the Social Security Administration, by claiming as early as possible, you'll see a reduction of 30% in those check sizes if you were born in 1960 or later, making your benefit $700 a month. Over the course of the 17 years leading to you turning 79, your total benefits would be $142,800.

Here's where it gets interesting.

That $142,800 is fairly close to the total benefits you would have received from the program at that point if you'd waited, then taken your full retirement benefits at 67. With a $1,000 monthly benefit, your total when you hit 79 would be $144,000.

Now, say you wait until you're 70, in order to benefit from delayed retirement credits. Assuming you were born in 1960 or later, your monthly check would be 24% higher than your full retirement age benefit of $1,000. That's $1,240 a month. Over the course of the nine years leading to you turning 79, your Social Security payments would total $133,920. That's still close to our other two figures, and given the larger monthly checks you'd keep collecting, after about a year and a half more, your benefits total would catch up to and pass that of the "early filer" from the first example.

Clearly, waiting can have its financial benefits -- if you live into your 80s. The catch is that you can't know how long you'll be able to enjoy them.

The choice is yours

Among the many reasons to take Social Security early, time is by far the most significant. If you're a fit, healthy individual who's planning on seeing 98, good for you! If have a fair amount of confidence in that outcome, taking Social Security before 70 should seem like a bad financial strategy to you. But if you don't want to gamble on your longevity, it can be just as smart to play it safe, file early, and enjoy your retirement while you're still better able to do so.