If you're looking to beef up your Individual Retirement Account with solid stocks, start here.

People who take saving for retirement seriously -- and that should be everyone past their early 20s -- should take advantage of the tax benefits offered by Individual Retirement Accounts. They're a gift from the government that allow your investments to accumulate without you having to pay certain taxes on them.

There are two important factors to look for in an IRA stock to get the most out of it. One, long-term growth. You want your money to work for you and grow your nest egg. Two, dividends. The dividends that pile up in your account add to your balance, and in the case of a Roth IRA, aren't taxed when you withdraw them. Coca-Cola (KO -0.85%) is a great stock that fits the bill on both counts.

Coca-Cola is the leading global beverage company, with $37.3 billion in 2019 annual sales. It markets 4,700 products under 500 brands in 200 countries, and chances are that you drink one of its products regularly. 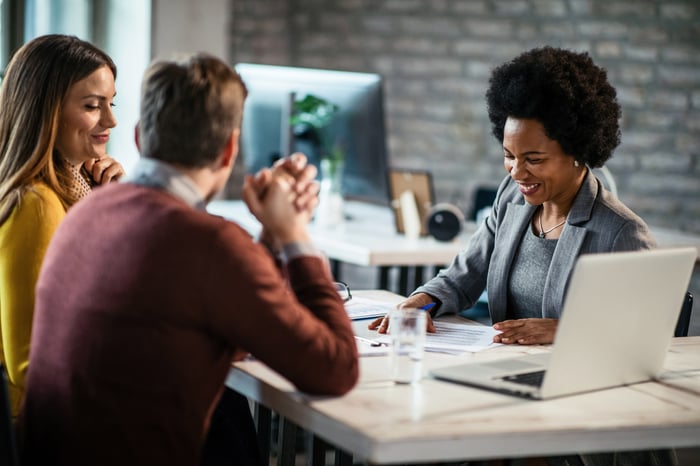 The company has been strongly impacted by COVID-19: Net revenue fell by 28% in its fiscal second quarter, which ended June 26, after a 1% decline in its first quarter, which included about two weeks of lockdown. The major share of that decline came from Coca-Cola's large on-the-go segment due to theater closures and people staying home.

However, this company generally delivers strong quarterly growth despite its leading-player status. Here's how Coca-Cola's sales have changed over the past five quarters:

Those three pre-pandemic quarters exhibited some pretty high growth for a company that's as dominant as Coca-Cola. And it still sees tremendous opportunity to expand, given that it only controls 20% of the cold beverage market in developed countries and just 10% in developing nations. Then there are the hot beverage and alcohol markets: Coca-Cola only has tiny percentages of those, which means it has plenty of space to grow. It's also committed to sustainability, making it a potential long-term pick for an IRA for ESG (environmental, social, and governance) investors.

However, the pandemic definitely put some pressure on its immediate plans. In August, management announced a plan for job cuts and restructuring with the goal of making the company leaner and more focused on its strongest products. The first action related to this was the removal of more than 1,600 assistant store managers from the company's Costa coffee shops in the U.K.

Rival PepsiCo (PEP -1.32%), on the other hand, had a much better second quarter, with sales declining just 3%, mostly due to its more diversified product portfolio, which includes snacks and breakfast options.

Coke stock is down 11% year to date as of this writing, but it has bounced back substantially from the bottom of the trough it hit during the February-March crash. The company declared a $0.41 dividend in July payable in October, so it maintains its Dividend Aristocrat status. At current share prices, its payout yields nearly 3.4%, the highest since the Global Financial Crisis a decade back.

Coca-Cola's stable, long-term growth prospects and high dividend yield make it an excellent candidate for an IRA, and its reduced price makes this a great time to buy shares.