The movie theater chain is looking to raise more cash as it warns that conditions remain dire.

Shares of movie theater chain AMC Entertainment (AMC -10.37%) fell today, losing as much as 9% this morning, after the company announced a stock offering. They had largely recovered as of 1:51 p.m. EDT and were only down by 1%.

AMC is conducting an "at-the-market" (ATM) offering for up to 15 million shares, whereby investment banks will sell shares at prevailing market prices over time at their discretion. Due to the nature of ATM offerings, it is difficult to estimate exactly how much AMC will raise in net proceeds, but whatever money it raises will be used for general corporate purposes. 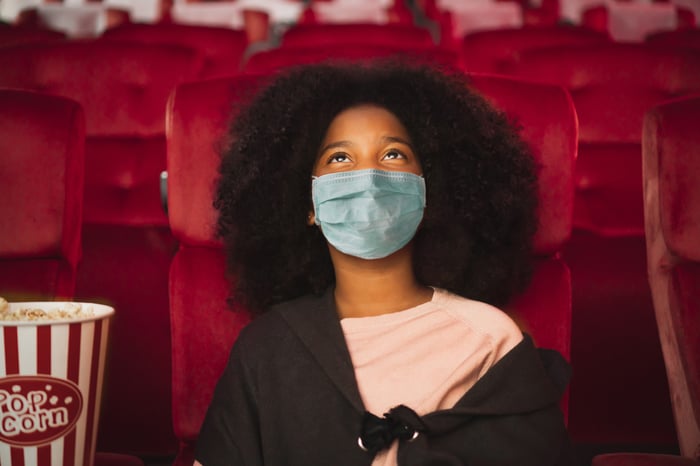 Issuing 15 million shares potentially represents meaningful dilution to existing shareholders. There could be up to 72.5 million Class A shares outstanding after the offering is completed. AMC also has about 51.8 million Class B shares. The company had around $700 million in cash in at the end of July after completing a convertible note exchange.

AMC started to resume limited theater operations in some U.S. markets starting in late August and has served approximately 1.4 million guests between then and Sept. 14. That attendance is down over 80% compared to the same period a year ago.

However, opening theaters doesn't mean much if there are no new movies to show. Media companies have been postponing major theatrical releases that would normally be released during the important Thanksgiving and Christmas holiday periods. For example, Disney just announced that it would be pushing Black Widow back to May 2021, among other blockbuster films.

AMC warns that those postponements, along with the likelihood of additional similar announcements, would "likely significantly impact our liquidity in the fourth quarter."