The initial public offering (IPO) of GoodRx (NASDAQ:GDRX) this week drew significant investor interest. Shares jumped almost 50% in the first day of trading, from an already lofty IPO price of $33.

Beyond its strong revenue growth and earnings, the company's mission moves healthcare in a direction that both political parties can agree on. The rare bipartisan support for reducing prescription drug prices in today's polarized political climate means that GoodRx is in a position to potentially shake up the pharmaceutical industry. 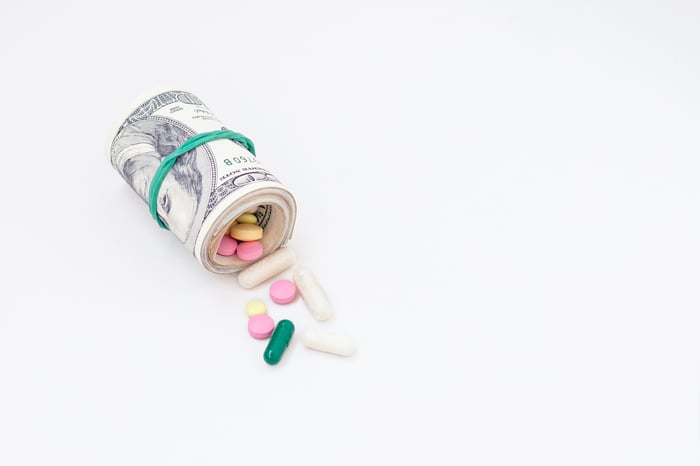 GoodRx's mission is to help consumers "in understanding, accessing, and affording healthcare." Its prescription drug price comparison platform gives patients the independence to shop for medicines themselves. GoodRx's app and free coupons help patients find the pharmacy with the best prescription prices. The company makes money by taking either a percentage of the fees earned by a pharmacy benefits manager (PBM) for reducing prescription drug costs or a fixed payment per prescription transaction.

The COVID-19 pandemic has only exacerbated an already growing concern among Americans regarding healthcare costs. A February NBC News/Commonwealth Fund poll showed over 30% of those polled said they are very or moderately worried about costs for their health insurance premiums and deductibles, out-of-pocket costs for prescription drugs, and other healthcare expenses.

GoodRx attempts to offer Americans a sense of control over their drug expenses. That pricing power has historically rested with pharmaceutical companies and PBMs, and politicians in both parties have campaigned on lowering prescription drug costs. GoodRx has brought that effort to an app on your phone.

And it's not just about lowering the cost of prescription drugs. GoodRx says that between 20% and 30% of prescribed medicine is left at the pharmacy because patients can't afford it. This can result in worsening medical conditions and the need for even more healthcare, including emergency room visits.

GoodRx is helping to break that chain, and that's a prescription to shake up today's healthcare industry.

Can This IPO Shake Up the Pharmaceutical Industry? @themotleyfool #stocks $GDRX Next Article
Current