Wall Street seemed ready to take a rest day on Tuesday, following a big move higher for the stock market on Monday. But the Nasdaq Composite (^IXIC 0.24%) was having none of it, clawing back from modest losses to push into positive territory just before 3 p.m. EDT.

The Nasdaq's most innovative stocks have played a key role in contributing to the market's success in 2020. Many of those companies are tech stocks, but today, plant-based protein specialist Beyond Meat (BYND 0.91%) did its part to lift the Nasdaq. Meanwhile, Nikola (NKLA -0.40%) suffered another down day as more discouraging news emerged about the electric vehicle maker and its founder.

Going one step beyond

Beyond Meat's stock was up 10% shortly before 3 p.m. EDT today. The meat-alternative company had good news about one of its key distribution contracts. 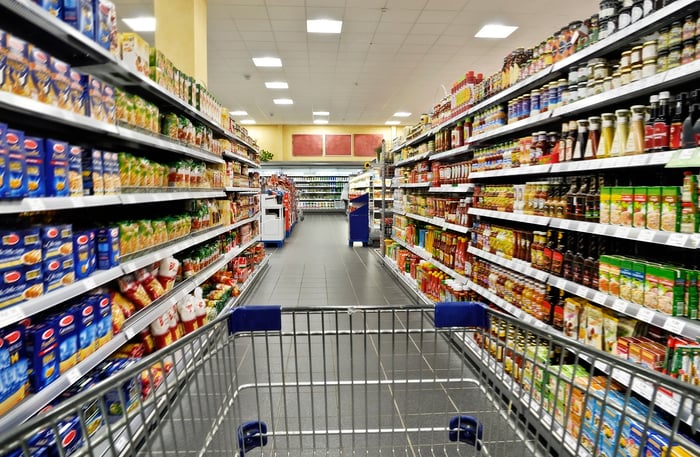 Walmart (WMT -0.04%) was one of the early adopters in putting Beyond Meat's products in its refrigerated sections way back in 2015. Under an initial distribution agreement, Walmart had 800 stores featuring Beyond Meat's plant-based proteins.

Consumers can now get Beyond Meat products in 85 different countries, with about 112,000 retail and food-service outlets offering the plant-based meat alternatives. Boosting the size of its agreement with Walmart could keep those numbers moving in the right direction well into the future.

Nikola, on the other hand, saw its shares slump 5%. The stock fell on worries about the electric-truck company's prospects.

Company founder Trevor Milton has now had a second person accuse him of sexual assault, according to reports that surfaced Monday. Spokespeople for Milton have said that he denies the allegations.

In addition, General Motors (GM 6.04%) issued a statement late Monday emphasizing that its partnership with Nikola has not yet closed. According to a spokesperson, GM is still negotiating key elements with Nikola, leaving open the possibility that a deal might not actually happen.

The closing on the Nikola-General Motors deal is supposed to be Wednesday, Sept. 30. Some now wonder whether the two auto companies will get things done by tomorrow. If not, that'll raise further questions about whether GM really wants a partnership at all.

These 2 Nasdaq Winners Are Getting Some Wall Street Love Monday