Earlier this month, Walmart (NYSE:WMT) announced the launch of Walmart+, a membership program that offers a host of benefits to the company's retail customer base. At $98 per year or $12.95 per month, the service has inevitably been compared to Amazon Prime. A new survey shows that Walmart's new program has hit its mark.

Piplsay Research conducted an online survey of 20,179 Americans earlier this week, which found that 11% of respondents had already subscribed to Walmart+, less than two weeks after the service launched. An additional 27% of those surveyed said that they "may go for it soon." 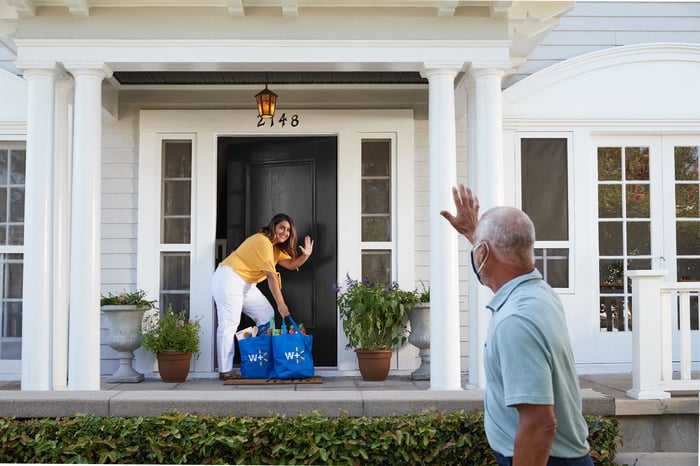 A full 47% said they hadn't heard of Walmart's membership program yet. More than a third of those surveyed (35%) said they were most excited about the unlimited free delivery, while 24% said they like the same day/one-hour delivery window. Fourteen percent of respondents were impressed by Scan & Go, the self-checkout feature, while 12% were excited about the fuel discounts.

There were other surprises from the survey. Of those who had already signed up for Walmart+, 45% said they also had a subscription to Amazon Prime, while 36% said Walmart+ was their first such shopping subscription. Even more telling for the future of Amazon, 19% said they had canceled their Prime membership in order to subscribe to Walmart+ and 38% said they view the service as a threat to Prime.

When the company announced Walmart+, it said that members would receive unlimited free delivery from stores, with more than 160,000 items available for same-day delivery. The program also offers fuel discounts of up to $0.05 per gallon at nearly 2,000 Walmart, Murphy USA, and Murphy Express locations, with Sam's Club fuel stations joining soon. Members would also benefit from Scan & Go, the company's touch-free checkout service. The company plans to add additional benefits for members in the future.

It looks like Walmart+ is off to a strong start.