The luxury outerwear company received an upgrade to outperform from Cowen analyst Oliver Chen, along with a more than 50% jump in price target. Chen identified several tailwinds for the retailer, including the belief that it could benefit from the pandemic going forward. 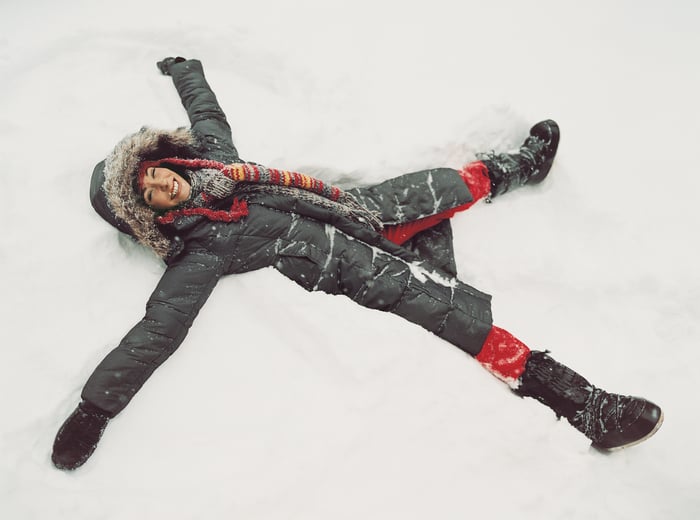 Like most retailers, Canada Goose has initially been impacted negatively by the COVID-19 pandemic. In its most recently reported fiscal quarter ending June 28, the company said its revenue dropped 63% compared with the previous-year period.

The economic recovery in China is also benefiting the company. Canada Goose said in its earnings report that it will focus new store openings on mainland China this year, as the "recovery of traffic remains ahead of other markets" there. The company said the first of four new stores it opened in June in Chengdu "has consistently performed ahead of expectations."

Though Canada Goose didn't provide fiscal guidance due to the remaining economic uncertainties, it said that 21 of its 22 global retail locations were open as of the end of June. Chen's new price target of $36 per share is based on the expectation that retail store growth will more than double to near 70 direct-to-consumer stores in the next 10 years.